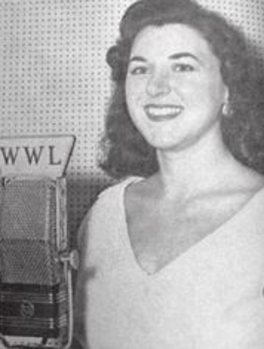 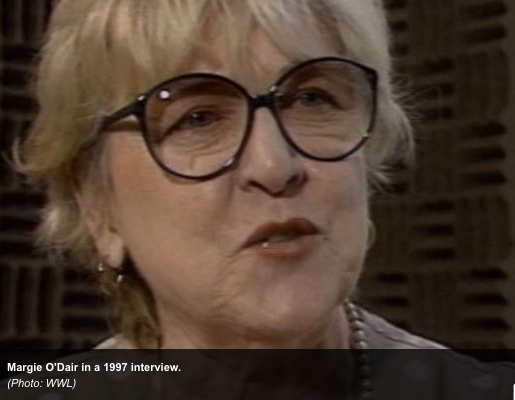 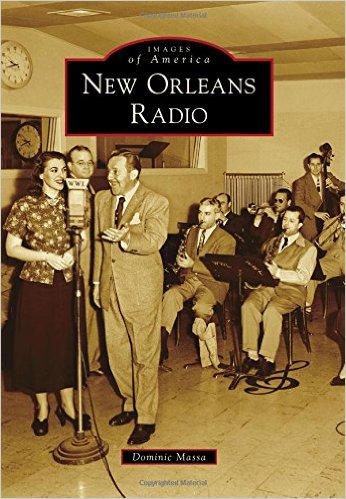 Margie O'Dair, the veteran stage and screen actress also well-known as a broadcasting star during the golden age of WWL Radio as a member of the Dawnbusters troupe, died Monday. She was 89.

Her niece, Michele Galjour Sparks, said O'Dair, whose real name was Marjorie Boyle, died in her sleep at Our Lady of Wisdom Healthcare Center in Algiers.

O'Dair and her sisters, Sally (whose real name was Beverly) and Dotty, were a fixture on WWL-AM's long-running morning comedy-variety & music show, performing alongside host Henry Dupre and orchestra leader Pinky Vidacovich for nearly 20 years, from the 1930s through the 1950s.

The sisters' radio career even provided their stage name, which O'Dair used for the rest of her life. Their real name was Boyle but O'Dair, an anagram for radio, was selected for them through a contest. "I think the winner got a Victory bond," Margie O'Dair told David Cuthbert for a 1998 Times-Picayune profile.

"Dawnbusters was an early Laugh-In," she explained in a 1997 interview to mark the show's induction into the Greater New Orleans Broadcasters Association New Orleans Broadcasting Hall of Fame. "It had comedy, music, funny bits and became the most popular show of its kind in the city."

Well-remembered for its comedy, the program's backbone was the large in-studio orchestra. Led by Dave Winstein, it featured top talents like Godfrey Hirsch, Johnny Senac and Warren Galjour, plus singers Bonnie Bell, Johnny Diebold and Norman Treigle, who went on to a legendary opera career. Al Hirt, a young trumpet player at the time, rounded out the ensemble cast.

"They were a group of musicians that were great talents, but also had a little bit of insanity about them," O'Dair said, adding that ad-libs and behind-the-scenes cut-ups were the norm.

She got the job with Dawnbusters after performing as a "girl singer," in the Roosevelt Hotel's Fountain Lounge, following in the footsteps of her sister Sally, who also performed there. WWL's studios were located in the Roosevelt at the time and soon the sisters were added to the radio station lineup.

Margie O'Dair, who recalled riding the Desire streetcar line from her family's French Quarter home to work at the Roosevelt every morning, later added comedienne to her job description. She starred as one of the show's memorable characters: Anna Reknits, whose last name was a play on the word "stinker" spelled backwards. She and her brother Ben (portrayed by the gravelly-voiced Hirt) performed on Bourbon Street. Each skit began with Henry saying, "Hello, Anna, honey, how are you, and how are things at the nightclub?" Then, Anna, in a dizzy, little girl voice would banter with Henry and talk about the Reknits act. "And what number did you do in the floor show?" Henry would always ask. Jokes and laughs, both in the studio and from the audience at home, would follow.

While O'Dair was well-known for radio, her later career put her in the limelight on local stages, as a frequent performer at Le Petit Theatre du Vieux Carre, Gallery Circle, Tulane Summer Lyric, the Beverly Dinner Playhouse and other venues. Well-known shows in which she performed included Fiddler on the Roof, Hello Dolly, Gypsy (her role as Mama Rose was a favorite), Chicago,The Music Man, and Follies among many others.

She also starred in several feature films shot in New Orleans, including The Big Easyand Tightrope, in which she played Clint Eastwood's family housekeeper.

Later in life, O'Dair was also a successful real estate agent. Up until Hurricane Katrina, she was a devoted resident of the French Quarter, the neighborhood in which she grew up and lived her entire life. Her family owned a restaurant on Bourbon Street and her early performing career including singing at the Parisian Room on Royal Street and other clubs.

Her love for the French Quarter was infectious, friends said.

"We will always remember her great love for the Quarter and also for her friends, whom she loved entertaining at parties and gatherings that showed her generous, kind and fun-loving spirit," said Bob Carr, who along with his wife Jan, met O'Dair when the couple first came to New Orleans in 1960 for a job at WWL Radio.

O'Dair is survived by her sister, Beverly (Sally) Galjour, several nieces and nephews.

Funeral arrangements are pending but her niece said they will include a celebration of her life, with music and food, "just as she would have loved."