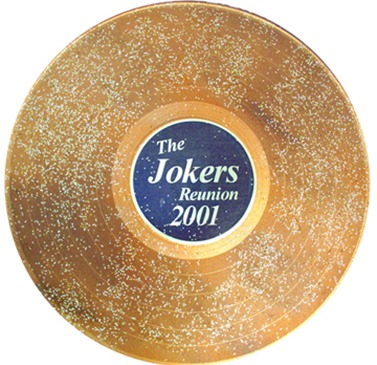 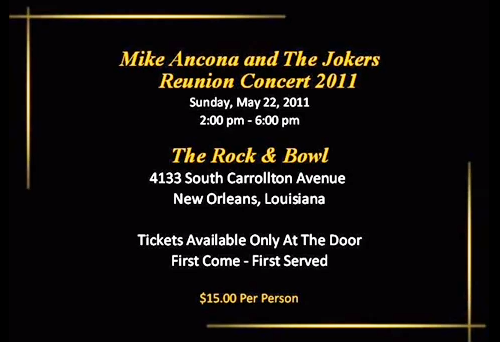 "The night was filled with stars and there was magic in the air on May 15, 1999. The St. Anthony and Sacred Heart dances were alive once more!

The JOKERS were together again and sharing their music with hundreds of their fans, friends, and family at the Pontchartrain Center.

Once again the clock stopped and the years rolled back. Each member of the audience had grown up with the JOKERS and carried lifelong fond and special memories of them.

Now here they were in the same room, all together again to share one more magical night in their lives with the JOKERS.

Everyone looked around to see who they knew from years gone by. Many faces there were seen for the first time in years, and some faces would never be seen again.

But for those four wonderful hours the JOKERS sang, and the joy, the fun and the good times from long ago were again shared by all.

The magic of that night and the songs are captured here on this CD, "THE JOKERS LIVE from the Pontchartrain Center Recorded May 15, 1999."

Enjoy this CD and relive the excitement and the music of that night as often as you want. It's packed with memories of a lifetime that we all shared with the JOKERS."

Just A Moment (Of Your Time)...Roland Stone

There's Got To Be A Girl...Mike Ancona

Nothing Sweet As You...Art Sir Van

I Don't Want To Cry...Harvey Jesus 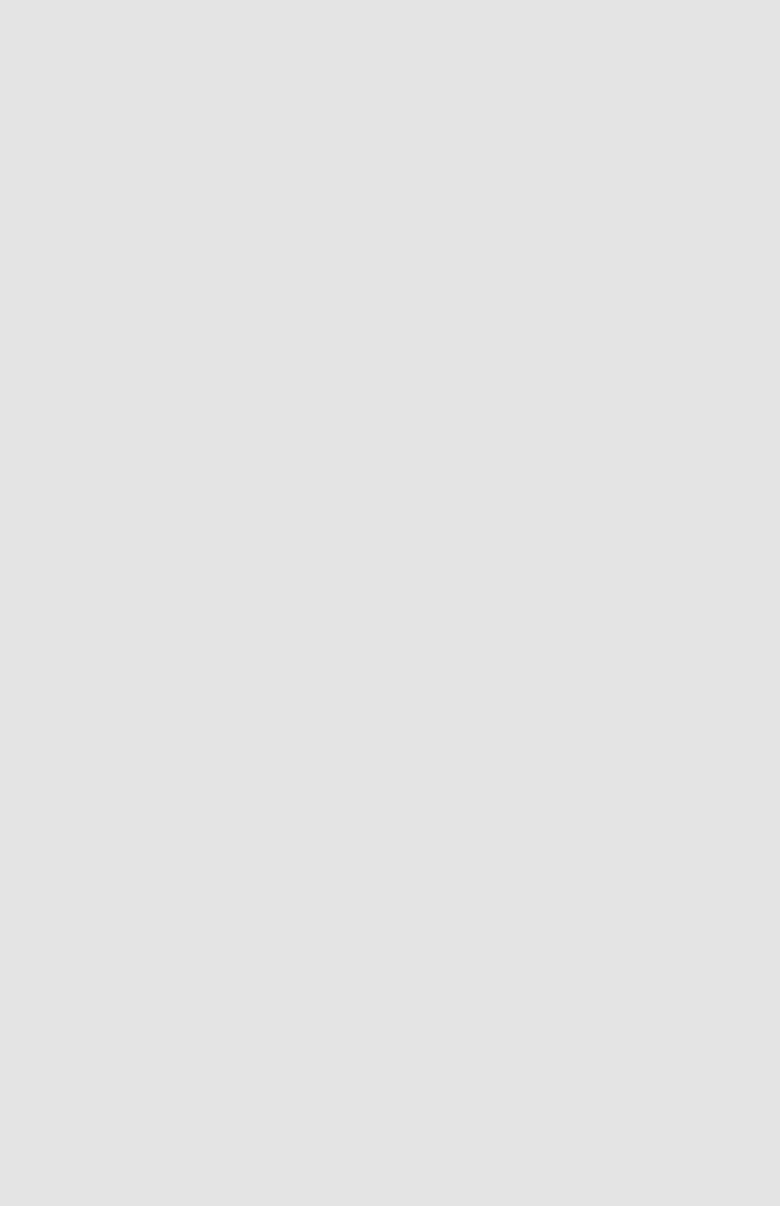 Live From The Pontchartrain Center - 1999

Why New Orleans can't forget Them

"It all started in the summer of 1957 when the JOKERS appeared on the nationally televised Jerry Lewis Telethon. From that moment on, the JOKERS were a dominant force in the New Orleans Music Sound.

What made their show exciting was the introduction of wild stage antics and dancing amongst the crowd during their songs. They were consistent Battle-of-the-Bands contest winners, probably because of this revolutionary approach to entertaining.

Anyone who attended one of the JOKERS' dances will tell you what I'm talking about, but don't take my word for it...listen for yourself.

As you play this CD, featuring the various lead singers of the JOKERS, spend a few minutes reliving that fabulous era. If you were lucky enough to have seen the JOKERS perform, each song will bring back some special memory.

Thank you JOKERS, for giving all of us memories we will never forget...and that's the reason why NEW ORLEANS WILL NEVER FORGET THE JOKERS!"

Just A Moment Of Your Time...Roland Stone

Bells In My Heart...Chuck Cavet  (originally released as by Chuck Como)

There's Got To Be A Girl...Mike Ancona & The Jokers

I Wish I Knew...Art Sir Van

To Tease And Please...Mike Ancona & The Jokers

I'm Not A Know-It-All...Chuck Cavet  (originally released as by Chuck Como) 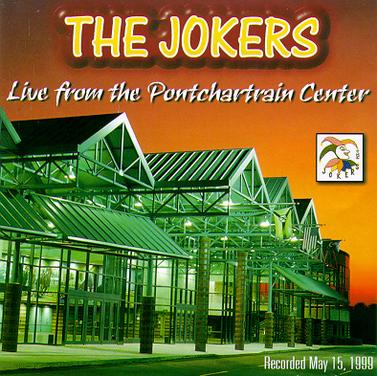 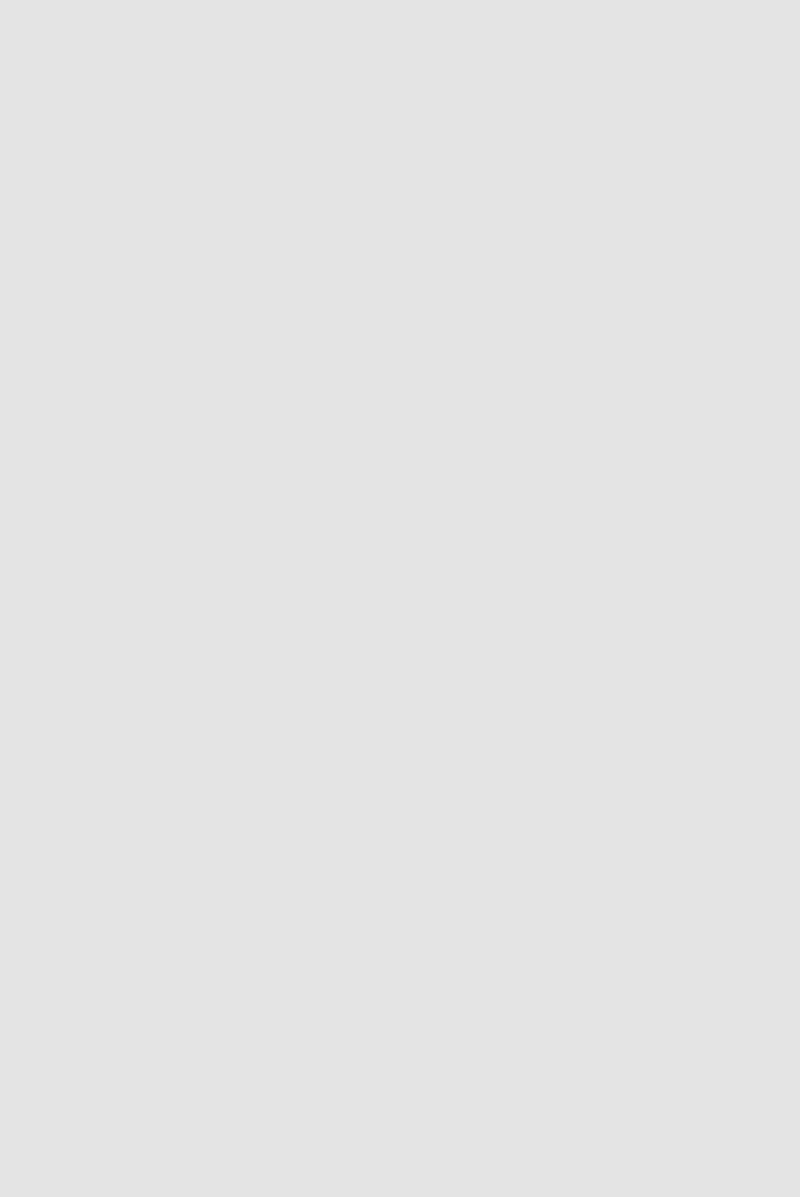 Click Here To Watch Some Videos Of The Jokers Live 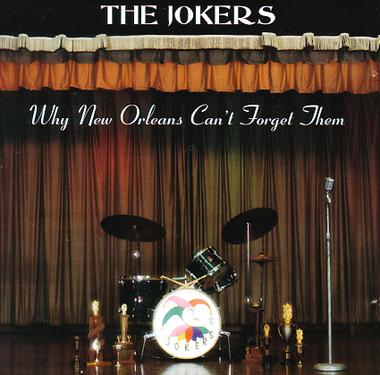 Inducted into the Louisiana Music
Hall Of Fame On April 26, 1998