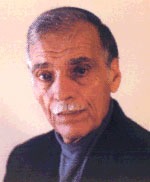 "I found early that you can't talk about radio history

without including TV"  -  Charlie Matkin

Paul Yacich LITERALLY built WDSU-TV, starting as an engineer and graduating to be THE PREMIER Director in town. Here are just a few of his accomplishments:

He has also been inducted into the Greater New Orleans Broadcast Association's Hall of Fame.

As a TV Engineer:

While in the Navy in Hawaii during Korean Conflict (50s), assisted in the preparation of FCC exhibits for Honolulu's KULA TV application.

While at WDSU-TV, prepared all FCC engineering exhibits for an application for an educational TV station (which became WYES-TV).

As a TV Director:

Directed first program in this area to be awarded an Emmy.

I am an AMERICAN of Croatian descent. My paternal grandfather came to New Orleans around 1875 from Supetar (Saint Peter) on the Dalmatian island of Brac in the Adriatic Sea. He operated an oyster lugger in the Gulf waters of Louisiana. My father became the dative executor of a large estate.

I am a retired TV Producer/Director, having spent the better part of my career at WDSU-TV where I started in the broadcasting field as a technician in the engineering department. I joined WDSU in 1947 after serving two years during WWII as a Radio Officer in the Merchant Marine aboard T2 tankers and Liberty ships. In 1950, during the Korean Conflict, I served in the U. S. Navy, in a branch of the Office of Naval Intelligence, stationed at Wahiawa, Oahu, TH. I returned to WDSU-TV in 1952.

I have had the honor and pleasure of directing two Emmy winning TV documentaries and many award winning commercials. In February of 1999 I was honored by the Louisiana Association of Broadcasters who awarded me their Lifetime Achievement Award. In July of 1999 I will be inducted into the Greater New Orleans Broadcaster's Association's Hall of Fame.

I was awarded my first Amateur Radio license in 1946 and have held the call W5LLJ continuously since then.

Paul became interested in amateur radio when he was about 14 years old. Paul's father and uncle were song writers who often showed up on WWL's Dawnbusters. They also collaborated with Pinky Vidacovich in composing novelty songs. Pinky got national recognition for "Arizay" (Coonass for "Arise"), Chris Yacich for "I Like Bananas Because They Have No Bones" and Frank Yacich (Paul's dad) for "When There's Tears In The Eyes Of A Potato". Chris also wrote "Little Golden Cross" for Vaughn Monroe. Pinky and Chris wrote a tune called "New Orleans, LA" but their publisher said there were too many songs about New Orleans, so they changed the title and lyrics to "Atlanta GA." One day Paul's uncle took him to the WWL studios in the Roosevelt Hotel and let him watch the production of a Dawnbusters program. That did it! Paul knew then that he had to get into broadcasting. He left Tulane in his third year in electrical engineering and spent three years as a Merchant Marine Radio Officer.

After WWII, Paul was playing trumpet in the American Legion Band. The guy playing trumpet and sitting next to him was Gay Batson, an announcer with WDSU and a Ham (W5EVR). Gay helped Paul get his Ham license. Paul already had a 2nd Class Radiotelegraphy ticket and a 1st Class Radiotelephone license. Gay took Paul to meet Lindsay Riddle, Chief Engineer of WDSU. Lindsay hired him.

Paul's first broadcasting assignment in 1947 was to babysit the daughters of a young Terry Flettrich while she worked the mike on her D.H. Holmes radio fashion show. WDSU was in the Monteleone Hotel at that time. His second broadcasting assignment was to cut the grass around the WDSU directional antenna towers in a field which later became Oakwood Shopping Center.

The young Paul Yacich was then was assigned to handle remotes from various clubs featuring Dixieland music, working with Roger Wolfe, a WDSU announcer determined to affect a revival of Dixieland in New Orleans. One of the featured stars was Sharkey Bonano, whose band once played at the old Pontchartrain Beach (not the Milneburg Pontchartrain Beach) and was then playing at the Famous Door in the Quarter. His theme song was...you guessed it..."I Like Bananas...."

When WDSU got its TV construction permit, Paul was assigned to work with the RCA engineer who designed the Super-Turnstile TV antenna. They put the antenna together on the ground in an empty lot across from what was then the Texas Pacific RR Station, originally the location of Mercy Hospital, and later the location of a Schwegman Super Market on Annunciation Street.

They had to pre-shape and bend the copper phasing co-ax lines around the mast and connect them to the bat wings. After the antenna was completed, they took the phasing lines off and mounted them on wooden frames so that the could be safely raised to the top of the Hibernia Bank Bldg., WDSU-TV's first transmitter and studio location. Since Paul had assembled the antenna on the ground, he had a major role in assembling it in place atop the Hibernia dome. Paul reports that he had been in the dome many times as a kid (his father's office was in the bank building), but NEVER on TOP of the dome. It was pretty scary looking down the sloping dome to those tiny automobiles and ant-sized people! Chicago based steeplejacks were assigned the task of mounting the main shaft of the antenna in a specially built socket built within the dome. The socket is still there, although there is no antenna on the dome today. In the process of hauling the main shaft up to the top of the dome from an alley between buildings, some workmen accidentally released a tag line and allowed the long metal shaft to swing free in the alley. A number of people in the alley watching the operation were nearly wiped out by the free swinging metal pole. Among them were Edgar Stern, Jr. (owner of WDSU-TV), Robert Sweezy, the first general manager of WDSU-TV, Lindsay Riddle and the Croatian kid from the "nint" ward....PAUL!

After the tower was in place, he was assigned the task of uncrating and setting up the first TV cameras in Louisiana. That wasn't an especially easy task since Paul had never seen a TV picture or a TV set, much less a TV camera. He and his engineering cohorts set up the three cameras in the Werlein's Music Store, which was then on Canal Street. Most of the golden agers today remember the big sign on top of the store which proclaimed "First Publishers of 'Dixie' (meaning the song of the CSA)". They "played" TV for some time in the store. Customers were allowed to see themselves on TV and many bought TV sets after seeing the TV pictures.

One of the three cameras was sent to the studio on the 14th floor of the Hibernia bank Building. The studio was an office about 14'x14' with an access door in the middle of the front wall. The studio was so small that it was often said that to get a wide shot the cameraman had to dolly out of the studio, through the door into the hall, and then into the lady's room across the hall.

After the unit was built, it was stored in the Holmes garage until the new WDSU-TV studio garage at 535 Chartres was ready in 1950. The remote unit was ready for the first telecast in Louisiana. On December 18, 1948, WDSU-TV signed on the air with a variety program televised live from the city's Municipal Auditorium. The remote unit was positioned inside the auditorium close to the stage. In the years after that night, Paul and his associates sometimes did as many as 15 remote telecasts a week. It was easier to bring their cameras to a program location than to bring the program to the small Hibernia studio.

In the early days of 1950 they built the WDSU-TV studio in the Vieux Carre'. The station's offices were in the Brulatour Mansion (rightfully should be called the Signoret Mansion because that's who built it) at 520 Royal. The studio was a large Quonset type construction in the middle of the square bounded by Royal, Chartres, Toulouse, and St. Louis. The area was once used by the Kross Lumber Company.

In October of 1950, Paul Yacich was called to active duty in the Navy during the Korean Conflict. He served in a top secret branch of the Office of Naval Intelligence based in Wahiawa, Oahu, TH (Territory of Hawaii...before the islands became a state). While in Hawaii, the Navy allowed, and encouraged Paul to accept part-time employment at KULA in Honolulu. The Navy had reasons for wanting him at the station....reasons that he is still not free to discuss. He assisted the station's Chief Engineer in surveying mountain-top locations for a TV antenna site. They selected a site on Mount Tantalus overlooking Honolulu.

Paul also got married in Hawaii...no, not a hula dancer...a young lady who lived two blocks away from him in the "nint" ward. Rita came to Hawaii, they got married, then lived there two years. Their daughter, Deirdre, was born in Honolulu's Tripler Army General Hospital (the MASH doctors all came through this hospital...so Rita had a different doctor almost every day....total cost for her hospital stay: 40 bucks!).

Upon discharge from the Navy, Paul, Rita and Dierdre returned to New Orleans and Paul to WDSU-TV. He was assigned, by Lindsay Riddle, the task of preparing an FCC application for an educational TV station. Paul prepared all the engineering exhibits for the application for a station which became WYES-TV. The guys at DSU called it "W Yacich's Educational Station" (W-Y-E-S). Paul continued as an engineer until 1965 when he was honored by promotion to director. The shows with Mel Leavitt, John Chase, and Sid Noel (Morgus) are still the joy of Paul's life.

When his show "Ku Klux Klan" won an Emmy, everybody in the U.S. knew about it...but not in New Orleans! It was the night of Hurricane Betsy and most of the city was without power.

Paul says, "If I had it all to do over, I would want my days at WDSU-TV to be repeated exactly as they happened."

Paul Yacich is retired now and 75 years old, as of this writing on Easter Sunday, March 31, 2002. But he still does some TV now and then as a freelance producer/director. He even taught TV production for a while at Tulane and Loyola Universities.

Paul Yacich sums up his career thusly: "I have learned something that you too have learned...that if you let broadcasting get into your blood, you can NEVER get it out!"

Amen, Paul. Thanks for everything!