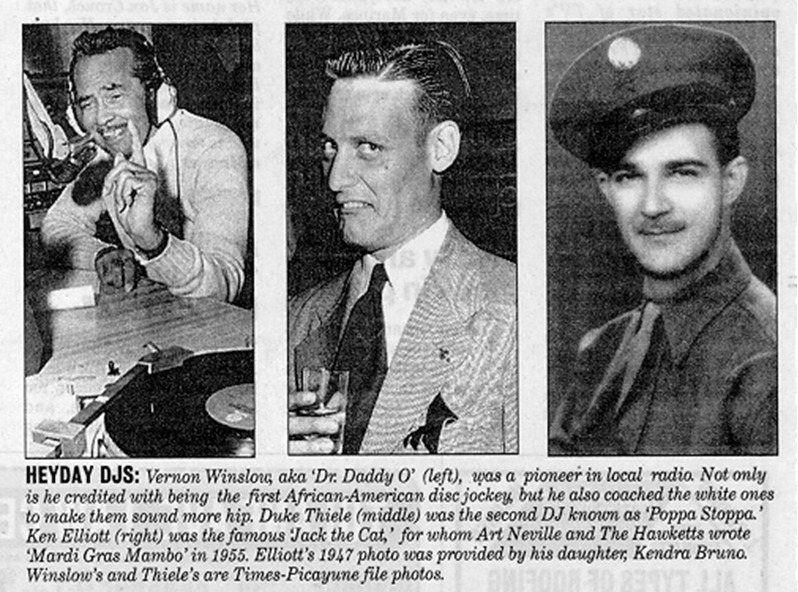 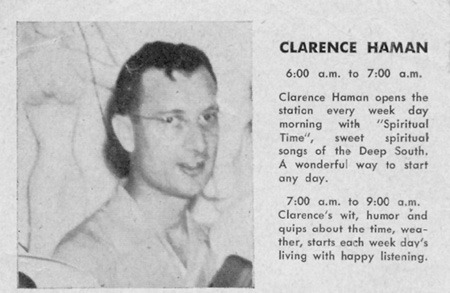 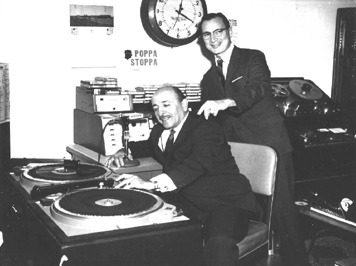 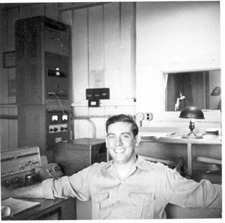 DOES ANYONE KNOW what ever happened to "Poppa Stoppa," who was one of the greatest DJ's of the '50's? He was our music god after school during those great doo-wop years. Also, "Jack the Cat" was from 10 to 12 every night. - J.E.H.

WELL, THERE WERE three New Orleans disc jockeys who used the name "Poppa Stoppa." The third and final "Poppa" was Clarence Hamann, who died at 81 in 1999 following a lengthy illness.

The name was actually begun by Vernon Winslow, who became known as "Doctor Daddy-O." See, Winslow was black and wasn't allowed on the air during the 1950's and early 1960's, so he coached the white disc jockeys on how to sound more black and hip.

Hamann's "Poppa Stoppa" is credited with playing the first rhythm and blues records to which local white kids were exposed, and with playing songs like local singer Clarence Henry's "Ain't Got No Home." He also came up with Henry's now famous nickname "Frogman."

Hamann replaced Thiele in 1953. His theme song was "Dig It" by Joe Houston. Around 1979, Hayman moved to WSDL in Slidell and spun classics until retiring in 1986. "Poppa Stoppa" became such an entity that Pee Wee Crayton recorded an instrumental piece by that name as a tribute to the legendary disc jockey.

Ken "Jack the Cat" Elliott and his brother Bill were very popular local disc jockeys on radio station WNOE. Ken Elliott started out there in 1938 when he was 19, and as "Jack the Cat" was featured at various times on radio stations WNOE, WDSU, WWEZ and WJBW. According to a 1958 clipping from the New Orleans Item, he became the hippest 30-something guy in town as master of ceremonies on "New Orleans Bandstand" - similar to its network counterpart, "American Bandstand" - on television channels 4 and 12 during the late 1950's.

Elliott and one of his wives, Ann, who became known as "Jacqueline the Kitten," teamed up on the "Bandstand," where local teens gathered every Saturday at 5:30 p.m. Invitations were extended to kids from 13 to 19 with the requirement that they dress "in good taste." Boys were expected to wear coat and tie.

Along with the couple, Elliott's 17-year-old daughter from a previous marriage, Kendra Elliott appeared as hostess. She's now Kendra Bruno and with her husband, Joseph, owns Dixie Brewing Co.

A NOTE FROM BOB WALKER:

I knew Ken "Jack the Cat" Elliott for many years and what a wonderful person and inspiration he was to me.

Ken experienced heart problems most of his life. He suffered a number of heart attacks through the years.

After each heart attack Ken would joke with his friends, telling them ... 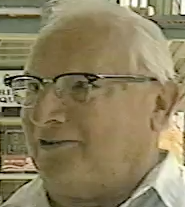 A short radio song written and recorded by Dave Bartholomew in 1964 for WNNR (990-The Center Aisle Of Your Radio Dial) and mentioned the three WNNR DJ's at the time,
Bill Beull, Bob Neumann and Poppa Stoppa.

As Bill Beull and Bob Neumann left the station
their segments got edited out until the song just mentioned PAHpa STAHpa (love that Dave Bartholomew!)

Performed by Dave Bartholomew and an uncredited group.

What a pity that this jingle is lost forever!

and click on our show # 1 - "POPPA STOPPA AND HIS MUSIC"
featuring the POPPA STOPPA THEME SONG and ACTUAL SHOW OPENING,
with POPPA STOPPA'S FAMILIAR VOICE AND GREETINGS. 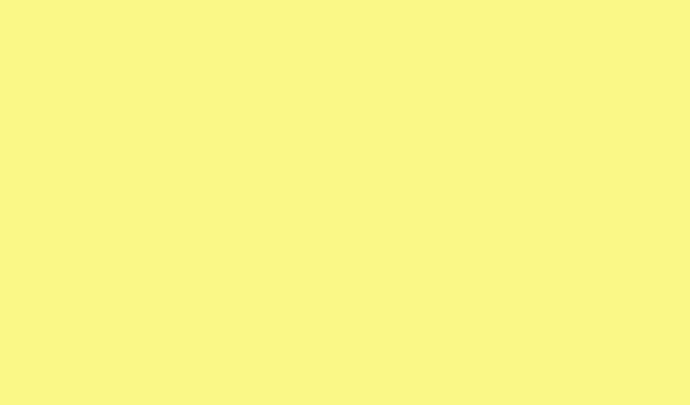