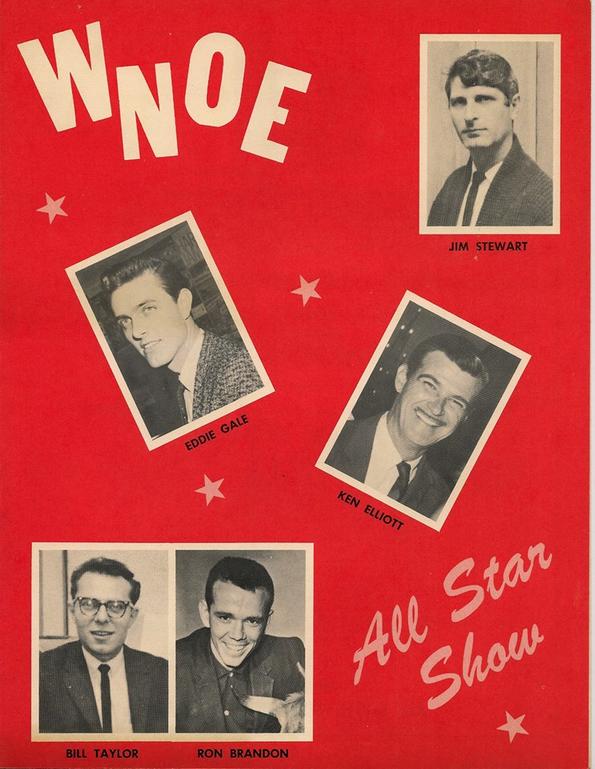 She also appeared in "This Property Condemned" with Natalie Wood and Robert Redford when it was filmed in New Orleans. She was featured in local Pepsi Ads, Diet Rite Bread Ads, two national GM Ads (with my little brother) and hosted the "Miss New Orleans' Pageant."

My Dad appeared in a few movies filmed and produced in New Orleans including the "Frigid Wife."

My Mom returned to her hometown of ElDorado, ARK in 1967 and created and hosted a talk show for KTVE in Monroe and ElDorado.

My Mom moved to Florida in 1969 and began to write features for the St. Petersburg Times, Fort Lauderdale Sun Sentinel and the Miami Herald Floridian. She became involved in Montessori International and the United Nations Education Council.

She has authored and had four books published and is currently working on three more.

She became a New Thought Minister in 1974 and moved to California in 1976.

In Newport Beach, California she became the assistant editor of Avco's Money Tree and became and accomplished photographer. She also hosted a weekly radio show from the Queen Mary in Long Beach, CA.

She continued to teach metaphysics, write and for a brief time sold yachts and formed her own non profit corporation to build residential orphanages.

She taught marketing in Newport Beach and San Diego and in 1986 moved to Palm Springs where she became Minister of Unity of Palm Springs. She was ordained by the Association of Unity Churches in 1989. She is now 76, teaching, preaching and writing.

My Dad's late brother Bill, who started with him at WJBW in the early 50's. Started his own advertising agency in NOLA in the late 50's. He had many high profile local clients, and in fact one of my Cousins, Beverly Elliott, is the voice of Rosenberg's, Rosenberg's, 1825 Tulane! My Uncle Bill's Parretti Pontiac commercials also ran for years "Go to Trader Joe Paretti!" He and my Dad and Mom "ghost" wrote much of the copy for many, many local commercials and used their children for many voice overs and the "jingles" used locally.

My Mom was my Dad's fourth and last wife.

My Dad had five children, four of which are still living.

Kendra Elliott Bruno and her husband own Dixie Beer. Keith Elliott, made his transition in 1995.

My brother Mark and I live in California.

My Mom and Dad were both friends of Sid Noel nee Rideau, I think my Mom dated him briefly? I have spent a Mardi Gras with Chopsley, Miss Ginny's kids went to the same school one year and my brother and I were both in many shows as small kids when kids were needed.

I hope this is of some interest. I have many photogrphs and publicity stills.

I found your web site by searching for any footage of my Mom or Dad. I am trying to prepare a surprise for my Mom's Birthday in October. It is her 18th year as Minister and her congregation is planning a big party.

I got to visit briefly with Frankie Ford when he visited Palm Springs to appear in a concert.

If you have any suggestions about footage availability or how to source it I would be forever in your debt!

My Mom was and is the "Only Female Voice in Thoroughbred Racing" as Sports Illustrated called her. She called the races at Jefferson Downs. 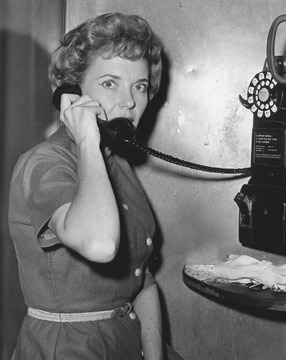 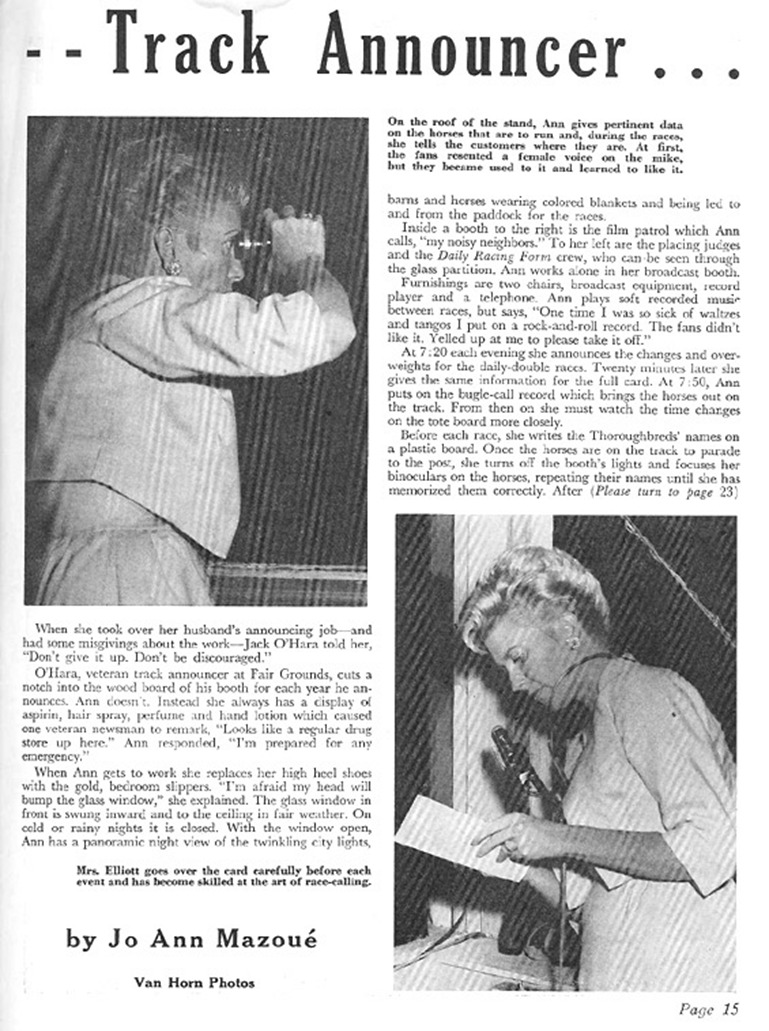 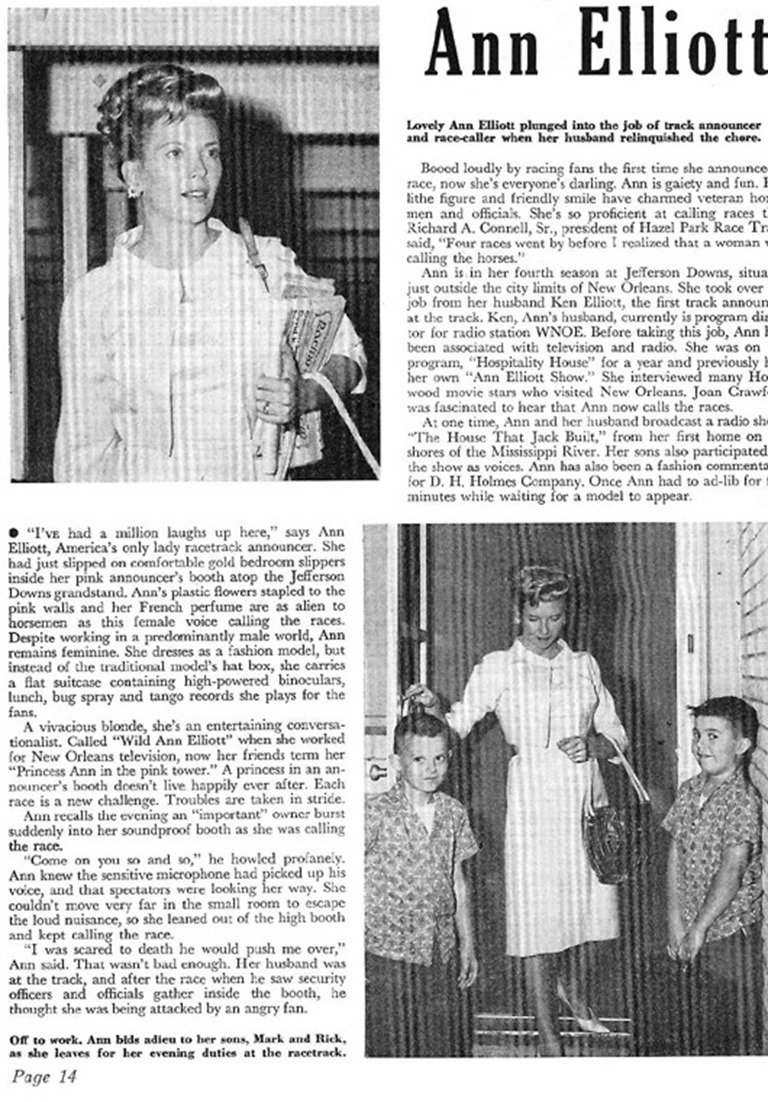 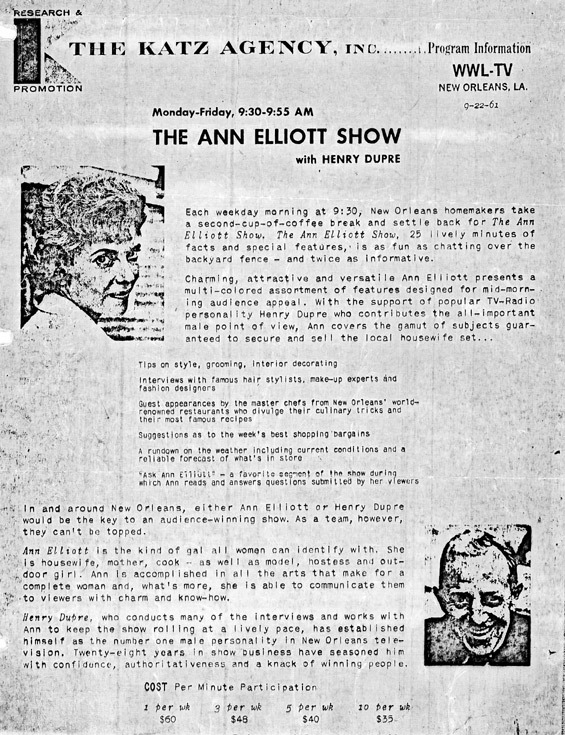 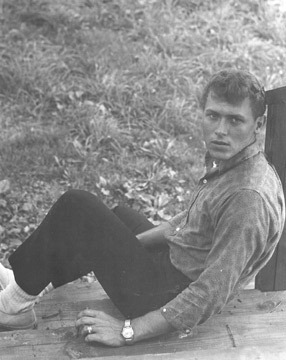 My Mom and Dad also hosted "New Orleans Bandstand" together during this time. This local bandstand was very similar to what most cities hosted locally as a "lead in" to Dick Clark's American Bandstand"

Throughout this period both my Mom and Dad produced local commercials, managed talent and in 1965 (?) my Dad launched IPR Radio Programming consultants for new and existing radio stations. Very cutting edge and ahead of it's time. The "experts" in the business at that time barely knew how to read a SRD (Standard Rate and Data) or knew what a market share was.

Also in 1965 my Dad and Frankie Ford obtained the rights to two songs "I Can't Face Tomorrow" and "Half A Crown," recorded and released it with much hope. It did not do well, I believe because of inadequate promotion funds.

My Dad was also at WNOE during this period as a drive time DJ and Program Director.

I vividly remember WNOE being officed on the mezzanine of the Sheraton-Charles Hotel and the big move to the old Longshormen's Building in the Quarter.

My Dad also wrote "Mardi Gras Mambo" and operated a club in LaPlace in the days of the track. 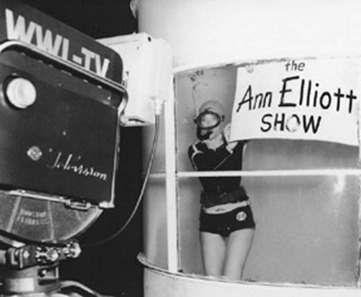 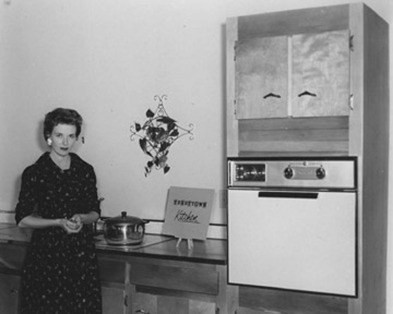 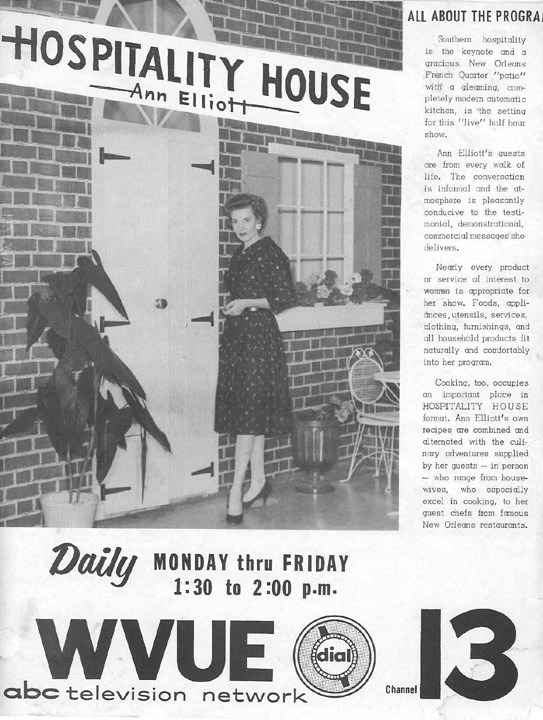 In the very early sixties my Mom created and hosted a local talk show on WVUE when it was still channel 13. The show was called "Hospitality House." This show ran for two years, I believe.

She then approached WWL-TV and was hired with a very early development deal. She covered various things, such as news features, weather, Romper Room guest hostess while developing a new talk show. The result was "The Ann Elliott Show" WITH Henry Dupre. This morning show was the very first to use a format that is common today Most of the celebrities who visited New Orleans appeared on her show during those times.

My dad helped to set up the armed forces radio station on Okinawa in WW2.

He met my Mom at WJBW after she moved to NOLA from Arkansas in 1952. An Arkansas native, she had been involved in local radio and TV in ElDorado, Arkansas. (actually it was then a key market and is now a very big market due it's location in the "ARK-LA-MISS" and "ARK-LA-TEX" It was, and may still be, the only local affiliate with a studio in two states, one in ElDorado, ARK and one in Monroe, LA)

My Mom and Dad not only did the "House That Jack Built" from our home in Little Farms, but we active promoters of local all star shows. They also started "Cat Rack" records and had concessions in most of the major department stores in the New Orleans to Lake Charles areas and along Mississippi Gulf Coast.

The WJBW softball team, my Mom and Dad are in the back row far left. 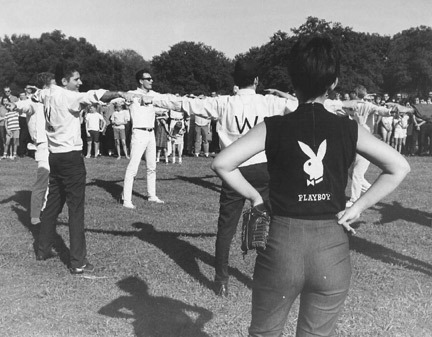 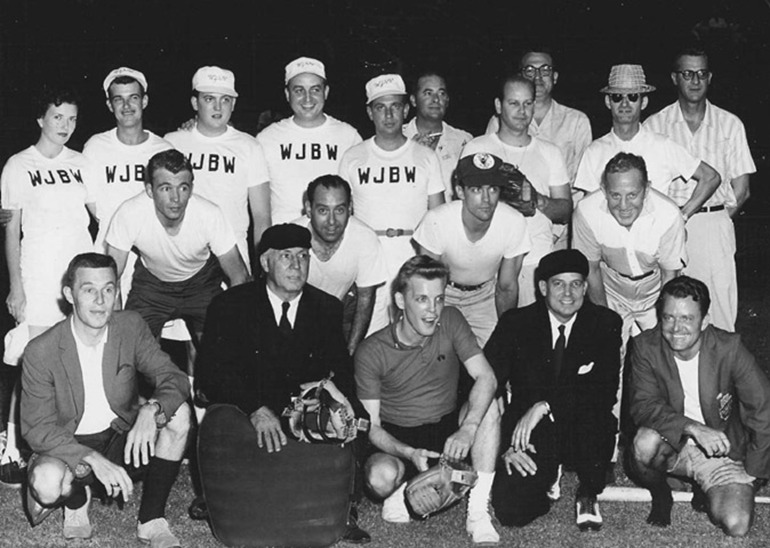 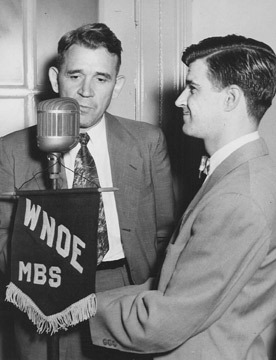 My Dad and his late brother Bill, started at WNOE together the first time in the 50's. They did local "feeds" for Mutual, while my dad was still working for his parents' newspaper in Slidell. They purchased the paper after moving to NOLA from Pennsylvania. 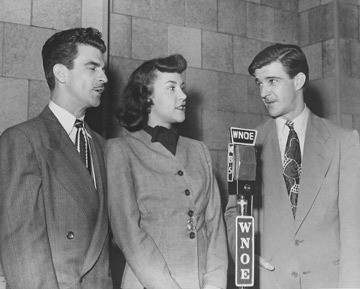 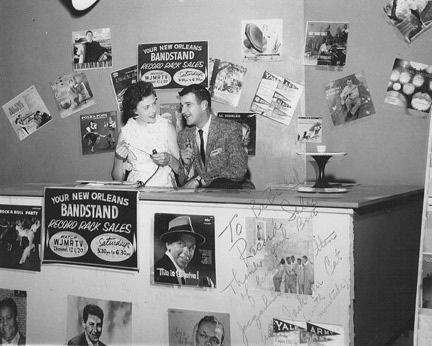 My name is Ric Elliott. My dad was Ken Elliott, Jack the Cat and my mother is Ann Bodenhamer Elliott, aka Jacqueline the Kitten. It was a wonderful accident of fate or serendipity (perspective) that I stumbled on your website. However, I would like to offer a few additions to the information contained regarding my parents:

In addition to his stint as Jack the Cat my dad managed, promoted and booked many of New Orleans talents'. This includes Frankie Ford, and many other names that elude me at the moment.