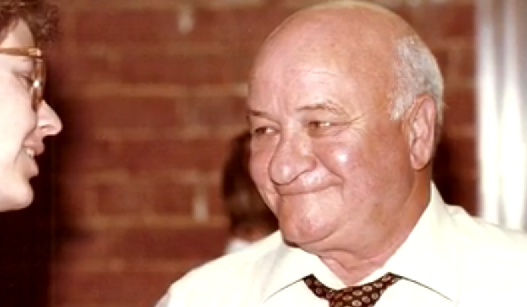 NEW ORLEANS - J. Michael Early, the New Orleans television legend who helped build WWL-TV Channel 4 into a broadcasting powerhouse as its longtime president and general manager, died Wednesday at his home. He was 99.

Mr. Early retired from his post at Channel 4 in 1998, at the remarkable age of 82. Though his name and face may not have been known to many in the audience, after 37 years at the helm of the CBS affiliate, and its former broadcast partners WWL-AM and WLMG-FM, Mr. Early was widely credited with leading the station to the top position in local news, programming and sales it has held since the 1970s.

As a lasting sign of his impact and ongoing legacy at WWL, station management recently commissioned a special portrait of him that is now on display in the lobby of the building on North Rampart Street, where he helped make broadcasting history. Mr. Early was able to join members of his family, friends and colleagues who gathered at the station for the portrait unveiling in October 2013.

“When speaking of his beloved Channel 4, he always said it’s bigger than one person,” said Tod Smith, WWL-TV’s current president and general manager.  “And that is something he truly believed.  He never sought personal recognition, but if you strip away everything, at WWL’s foundation you will find one man and one vision – J. Michael Early.”

In a 1994 article commenting on his place in local broadcasting history, The Times-Picayune surmised: "Channel 4 is Channel 4 because of Early, whose instinctive programming and personnel touch are the stuff of broadcasting legend." Over the years, the newspaper, and Mr. Early's colleagues in the local industry, commented on what The Times-Picayune called his "loyalty-inspiring leadership, uncanny programming instincts and people skills, and unwavering commitment to local newscasting excellence."

Mr. Early's impact on the station was so great that, when Loyola University, the station's former owner, decided to sell its media properties in the late 1980s, he spearheaded the sale of WWL-TV to a group of employee owners. The formation of that ownership group, known as Rampart Broadcasting, meant station employees became stockholders and owners, something that was unheard of in media circles. In 1994, Mr. Early oversaw the sale of the station for $110 million to Belo Corp., headquartered in Dallas. The station, later sold to Gannett, is now owned by TEGNA, a publicly-traded media company.

STARTING AT THE GROUND FLOOR

A New Orleans native who graduated from St. Peter and Paul Elementary and Jesuit High School, and earned his undergraduate and law degrees from Loyola University New Orleans, Mr. Early came to WWL-TV in August 1961 after many years of work as a labor lawyer. He had spent more than 20 years as a consultant for Loyola University's broadcasting operations, including WWL Radio and WWL-TV and was asked by the Jesuits of Loyola to take over the somewhat struggling TV operation.

"I knew I was walking into a new world," Mr. Early said in a 1998 interview with Channel 4 anchor Angela Hill, to mark his retirement.

"I knew a little about television, but it was still only about 10 years old in New Orleans when I got there. I knew I had a job to do and I knew we wanted to be number one, and I had to figure out how we would get there."

It is clear to anyone who has surveyed local broadcasting over the past half-century, that Mr. Early and the station did "get there." WWL has consistently been one of the top-ranked CBS affiliates in the nation, a market leader recognized for its news, sales, programming and community service efforts.

A LEGACY OF 'FIRSTS'

In his 1998 interview with Angela Hill, which was admittedly a rarity for the quiet, humble man, Mr. Early was honest about one of his first moves: soliciting advice from those who had built successful TV operations elsewhere. The attorney-turned-general manager had one clear goal in mind.

"My goal was to be number one. I've never settled for second in my life," he said. "I didn't know how long it would take us to get to that point, but I knew that this was my goal."

Many colleagues said Mr. Early's hiring opened a new chapter in local broadcasting, with a commitment to a strong news operation. That commitment included traveling the globe to cover news stories with local impact, including the Second Vatican Council in 1962, and the Vietnam War in 1965.[WWL]
Mr. Early served as WWL-TV general manager from 1961 through 1998.

Early also felt that a mission of public service was essential. One of the ways that goal was accomplished was through daily editorials, masterfully written and delivered by former news director and assistant station manager Phil Johnson, from 1962 through 1999.

Colleagues say Mr. Early's management and personnel skills, though often no-nonsense, were also legendary. When Early retired, Johnson commented in an on-air editorial that Mr. Early likely heard more confessions at the Rampart Street studios than the Jesuits did in their church on Baronne Street.

AN UNCANNY EYE FOR TALENT

"I learned a long time ago from people in the business, people who helped me along, who told me, 'Mike, if you want to operate a successful station, you must first establish a successful newsroom,'" he said in 1998.

Throughout his career at Channel 4, Mr. Early also built the station into a community force. In recent years, the station's image, reflecting the "Spirit of Louisiana," and its commitment to public service and support for charitable causes and non-profit institutions matched this sense of community. The station was honored by three former U.S. Presidents for its commitment to public service.

"I knew we needed to become a station of the community, for the people, involved in the community and doing more than just airing syndicated programs," Mr. Early said in 1998.

Shortly before his retirement in 1998, WWL-TV's parent company, Belo Corp., presented Mr. Early with its William H. Seay Award, an award given annually to an employee whose standards and values reflect the integrity, loyalty, journalistic standards and community commitment of Seay, a longtime member of Belo's board of directors.

A loyal and generous supporter, both personally and professionally, of St. Michael Special School, the Carmelite nuns and other charities, he was also honored as Jesuit High School's Alumnus of the Year in 1990.

A funeral Mass will be said Tuesday, Sept. 1 at 11 a.m. at Our Lady of the Rosary Catholic Church, 3368 Esplanade Ave. Visitation will begin at 9 a.m.