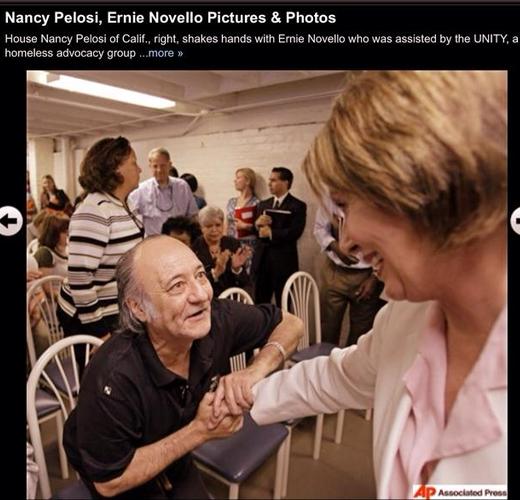 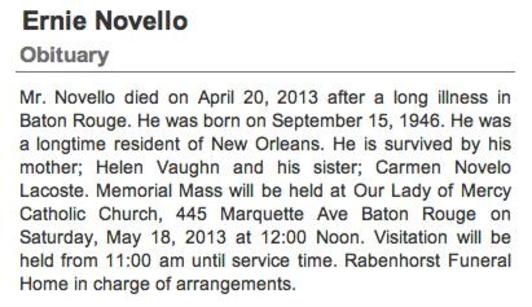 Tuesday, May 20, 2008By Katy ReckdahlStaff writer

Ernie Novello, 61, put down his cane and reached for a handful of mint LP records."Oh, dig this," he said, grabbing an LP by Johnny Tillotson."He did 'Send Me the Pillow That You Dream On,' " said Novello, his tongue struggling to form the letter s, like it has since he awoke from a coma after a car accident 15 years ago.Despite lingering brain damage, Novello -- a former DJ and record-store manager -- can remember obscure 1960s hits. But he often can't find his driver's license or remember to take his medicine or pay his bills.All of which makes Novello a prime candidate for a permanent supportive housing voucher, if Congress this month approves $70 million to finance 3,000 vouchers.Research shows that supportive housing's mix of rental assistance and intensive social services can successfully house even severely mentally ill homeless people who abuse alcohol or drugs.The Bush administration began championing supportive housing after research proved the concept fiscally conservative: It saves taxpayers money while taking the chronically homeless off the street.The first significant research on the topic came two decades ago from University of Pennsylvania researchers, who tracked thousands of mentally ill homeless people in New York City. While homeless, the subjects racked up disproportionate public tabs in emergency rooms, jails, shelters, and psychiatric institutions -- more than $40,000 annually, on average. To house them in apartments, with services, cost roughly the same amount.In recent years, cities that have invested in permanent supportive housing have achieved drastic reductions in homelessness, advocates of the tactic said. In New Orleans, UNITY of Greater New Orleans has spent the past six months housing more than 300 people from abandoned buildings and the camps at Duncan Plaza and under the Claiborne Avenue overpass. Many now live in apartments, but their vouchers run out in December....