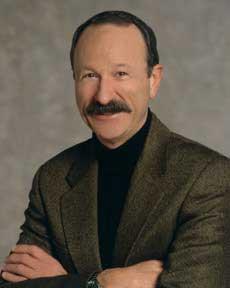 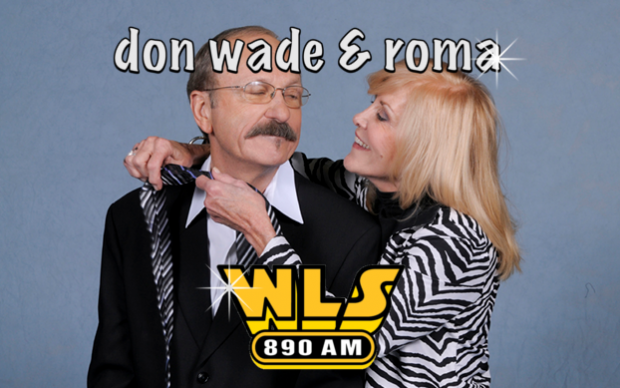 DON WADE, the longtime WLS-A/CHICAGO morning host, died FRIDAY (9/6) after a battle with a brain tumor. He was 72. (Wade had a stop at WNOE as shown below)

ROMA posted on the WLS website, "Last FRIDAY morning, my hero, my best friend, my soulmate left this mortal coil behind and entered the realm of spirit while wrapped in my loving arms. God blessed us with almost an entire year since DON's surgery to embrace life, love, family, and adventure, all while knowing that his time on this beautiful earth was drawing to a close. What a gift! What a joy to be entrusted with my magnificent man's care for that precious time.

"I love him more than life itself.

"Thank you for all your messages of love and appreciation. You kept Don's spirit alive in your hearts and we bless you for every thought. Your thoughts are prayers.

"Just know that we had a lifetime of blessings together and one of the very best was sharing our thoughts,our family, our joys and sorrows with YOU, our radio family. You meant the world to us.

"May God bless you and keep you safe.

"With love and sorrow,

Former WLS GM TOM TRADUP, now SALEM VP/News-Talk Programming, told ALL ACCESS, "Like most people who love Talk Radio in CHICAGO, I feel like my best friend died on FRIDAY.

"When I was named President/General Manager of WLS in 1989, I was charged with flipping the format to NewsTalk and, unfortunately, probably firing most of the 'MUSICRADIO 89”' hosts still clinging to the old format. Chicago legends like FRED WINSTON, JOHN “RECORDS” LANDECKER, and DON WADE among them.

"But DON’s infectious good humor, intelligent grasp of the issues, and his uncanny ability to connect one-on-one with men and women throughout CHICAGOLAND convinced me he had to stay. He and ROMA (in those days they kept their marriage a secret) were the very first 'hires' I made at the new WLS TALKRADIO 890.

"Over the years, DON’s popularity—and our ratings and revenue—soared as he and Roma woke up countless hundreds of thousands of Chicagoans, and got them actively involved in his many stunts including DON’s “It’s Great to be Straight” counter to the Gay Pride parades, as well as over 8,000 people who packed DALEY PLAZA for DON’s “GACY’s Day Parade” demanding that serial child-killer JOHN WAYNE GACY be put to death rather than kept on Illinois taxpayers’ dole. Some days later, I received a handwritten note from GACY, who said the event made him 'sad' since listening to DON WADE on WLS on his prison radio was 'the highlight of my day.'

"Off-mike, DON was as charming and gracious a man as I have ever met. My heart and prayers go out to his lovely wife ROMA, their children and extended family, and to all of CHICAGO which has lost a sizzling, irreplaceable Talk Radio treasure in DON WADE."

In lieu of flowers, memorial donations may be made to the MARINE CORPS SCHOLARSHIP FOUNDATION, THE GUIDE DOG FOUNDATION FOR THE BLIND, or THE BOY SCOUTS OF AMERICA.​