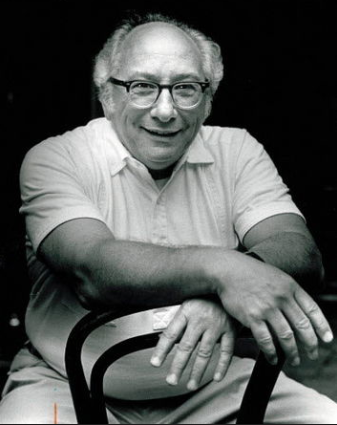 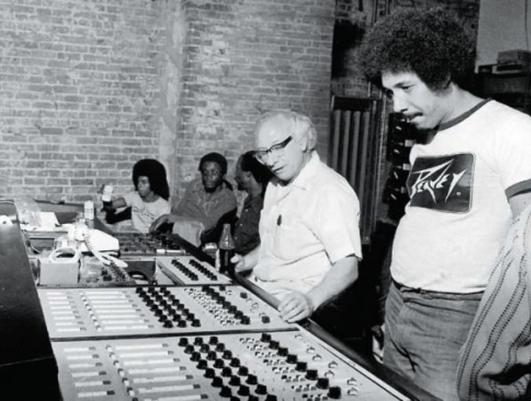 The sound created by Domino, producer Dave Bartholomew and Mr. Matassa at J&M Recording on North Rampart Street staked New Orleans' claim as the birthplace not just of jazz, but of rock 'n' roll as well.

"Cosimo was the doorway and window to the world for us musicians in New Orleans," Allen Toussaint said Thursday. "An expert, with a lot of heart and soul. When the Beatles heard Fats Domino, they heard him via Cosimo Matassa. He touched the whole world."

​In recent years, Mr. Matassa received national recognition for his contributions to the development of rock 'n' roll and recording techniques. The Recording Academy honored him with its prestigious Trustees Award in 2007..

In 2012 he was inducted into the Rock 'n' Roll Hall of Fame as a non-performer.

"He played an essential role in the birth of rock and roll," said Dr. Lauren Onkey, the vice president of education and public programs for the Rock n Roll Hall of Fame and Museum in Cleveland. "The songs he recorded revolutionized our music and our culture. He was a generous soul who had an incredible impact."

Mr. Matassa initially set out to earn a chemistry degree from Tulane University, but soon decided he wasn't cut out to be a chemist. In 1945, he opened his first studio, J&M Recording, in the back of his family's record and appliance store at the corner of North Rampart and Dumaine streets in the French Quarter.

It hardly seemed like the setting for a musical revolution. Upstairs, bookies ran a horse-betting operation. In the alley outside, a shoeshine man plied his trade. But Mr. Matassa engineered sessions featuring some of the biggest stars of the day, maximizing the sonic potential of relatively primitive recording gear.

On Dec. 10, 1949 in J&M's tiny back room, Domino cut eight songs, including his first commercially released single, "The Fat Man," under the watchful eyes and ears of Bartholomew and Mr. Matassa.

"We felt good about it," Bartholomew said decades after that session. "Cosimo had gotten a pretty good sound out of what he had."

Domino would record most of his classic hits in studios owned by Mr. Matassa.  A 16-year-old Jerry Lee Lewis took the bus from his home in Ferriday to make his first demo recording at J&M. Little Richard recorded his smash "Tutti Frutti" there with a band of New Orleanians backing him.

Professor Longhair recorded "Tipitina" and "Mardi Gras in New Orleans" in the same room. Shirley and Lee, Smiley Lewis, Ray Charles, Bobby Charles, The Spiders, Big Joe Turner and many others also worked at the original J&M location. Ray Charles recorded there while based in New Orleans in the 1950s. Aaron Neville's "Tell It Like It Is," Frankie Ford's "Sea Cruise," Al Johnson's "Carnival Time," Clarence "Frogman" Henry's "Ain't Got No Home" -- all were made with Mr. Matassa.

At age 15, Toussaint and guitarist Snooks Eaglin showed up at J&M to audition a song for Bartholomew. The audition was unsuccessful, but Toussaint was thrilled to meet Bartholomew at J&M. "For me to see Dave Bartholomew, and to be in that studio, it didn't get better than that," Toussaint said. "It took me days to get over the shock."

When the studio wasn't busy, Mr. Matassa would allow the young Toussaint to play J&M's grand piano. "That was the first grand piano that I touched," Toussaint said. "That was a whole other ball game."

Toussaint grew up to become one of New Orleans' most successful and prolific songwriters and producers – and one of Mr. Matassa's best customers. After Mr. Matassa relocated his studio to Gov. Nicholls Street in 1955, Toussaint produced scores of classic recordings there, including Ernie K-Doe's classic "Mother-in-Law" and most of Irma Thomas' Minit Records output, including "It's Raining." Toussaint also recorded his own "Wild Sounds of New Orleans" album there.

Practical concerns partially accounted for the popularity of Mr. Matassa's studio. "His prices were reasonable," said Thomas, who had recorded at Mr. Matassa's original J&M Music as a 13-year-old with her McDonough 41 classmates. "And at that time, Cosimo's was one of the few studios that was up to date with equipment."

Gear and pricing aside, Mr. Matassa facilitated recording sessions in such a way as to put singers and musicians at ease.

"He didn't make you feel like he knew it all," Thomas said. "He was open to trying new things. He was easy to work with. He made you feel comfortable.

"And for someone who didn't play an instrument, he had a keen ear. He knew when it didn't sound right."

In 2012, Mr. Matassa explained his recording philosophy to the Huffington Post. "I wanted to be a just conduit of what that performance was – a performance frozen in time, if you will. So if you didn't know I was there, I did my job."

When Mr. Matassa moved his studio to Camp Street, Toussaint followed, recording "Freedom for the Stallion" and other Lee Dorsey hits there.

After Mr. Matassa closed the Camp Street facility and got out of the recording business, Toussaint and his business partner Marshall Sehorn built their own Sea-Saint Studio in Gentilly. "If Cosimo had not closed his studio, we would not have built Sea-Saint," Toussaint said. "We would have followed him (to another studio). We were satisfied and happy to be about Cosimo."

The site of that original studio at 838 N. Rampart St. is now the home of Hula Mae's Tropic Wash laundry. The maroon and beige tile on the threshold still reads "J&M Music Shop," as it did in 1949. The recording studio was in the southwest corner of the building, an area now occupied by clothes dryers.

In 1999, on the 50th anniversary of Domino's first recording, the city declared the building an historic landmark. In 2010, the building was designated a Rock and Roll Landmark. When rock 'n' Roll was in its infancy, "the baby got rocked right here in this building," Rock 'n' Roll Hall of Fame Museum president Terry Stewart said at the dedication.

"All the great musicians made me look good," Mr. Matassa said in 2012. "I couldn't have done any of those records if the guys sitting in the chairs didn't do them. So first and foremost, credit to them. I tried my damnedest to make them sound good."

After he got out of the recording business, Mr. Matassa was a fixture at Matassa's Market, the French Quarter grocery and delicatessen owned by two of his sons. He handled the books, but also held court for a steady stream of friends and admirers. His wife of more than six decades, Jennie, died in 2009.

"He was one of the greatest friends I had, and one of the best in the music industry in New Orleans," Dave Bartholomew said Thursday. "He was always there for me. I always had him in my corner.

"You always could depend on him, and not just music. He was one of the greatest people to recognize the talent in New Orleans, and make the world know it."