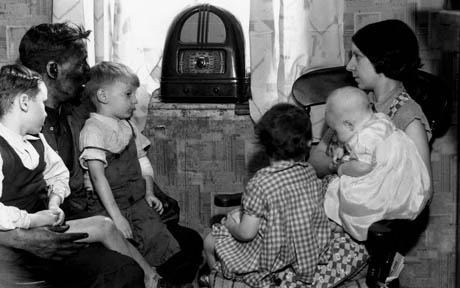 On a night in May, I tune in to Rea asking hard questions softly to the resigning lieutenant governor of Massachusetts. “If I’m wrong feel free to tell me—and please do tell me,” he adds as a postscript to a query to the beleaguered Tim Murray on the wisdom of his administration’s appointing as highway safety director a fundraiser whose driving record boasted a slew of accidents, speeding tickets, and a propensity to see red as green. Rea’s reserved demeanor doesn’t give potential guests reservations, so he enjoys a dialogue as competitors stick to the monologue.

He treats callers even more hospitably. When Rea switches topics to the not-so-peaceful coexistence between cyclists and motorists on Boston roads, David, a cabdriver who cites Donny Osmond as the most famous person occupying the back seat of his taxi, goes back-and-forth with the host for more than four minutes. There’s no stopwatch-wielding program director demanding that the host ditch callers after a designated number of seconds. The relaxed cadence that keeps callers on the line keeps listeners on the airwaves, too. WBZ ranks third in Boston’s ratings, and Rea beats everyone else on at night, save for an FM pop music channel. He does this by standing out from, rather than fitting in with, the rest of the dial. He eschews formula: “We don’t do four hours of Obama-bashing every night.” But he indulges now and again.

But where (and when) Dan Rea really differs most from the competition—a spin through the dial reveals three Mark Levins, two Michael Savages, and a Roy Masters—is by broadcasting in real time from the place where his target audience resides. “We’re the only live and local show in my time block,” explains Rea. A few years ago, when CBS attempted to replace the midnight to 5 a.m. host with a syndicated talker, listeners rebelled and persuaded corporate ownership to restore the friendly voice they knew. The victory remains one of very few for devotees of overnight radio. AM, which boasts its greatest advantage (signal strength) in the darkness, strangely hoists the white flag after hours with paid programming, repeats, and syndication. It’s efficient radio. It’s just not good radio.

Rea’s placement in the ratings says as much about his broadcast-booth prowess as it does about AM’s broadcasting failure. Simply by showing up for work, Rea offers something novel—a nighttime host conversing with listeners in the same city (and beyond). In a world of exploding choices, AM presents listeners with a menu of news, talk, and sports. And increasingly, the voices discussing the limited fare come recorded and from far away. One-size-fits-all radio unsurprisingly fits into the lives of fewer and fewer Americans. Whereas AM once thrived as a potpourri, it now struggles through its blah sameness. People value entertainment more than information. So long as AM focuses on the latter, listeners will continue to say “so long.”

THAT GOODBYE is a painful one. Listeners habituated to AM’s greatness keep going back expecting to find what they did long ago. They instead find disappointment. But with the migration to FM, automation and syndication driving out live and local hosts, and calcified formats that envision AM as strictly a conduit for information rather than art or amusement—one Radio Ink article pathetically points to emergency broadcasts as a cause for mandating AM in cars—AM slowly loses its loyalists as it fails to condition younger listeners into tuning in.

That’s a shame. Competing communications technologies such as TV owe their existence to very smart people unwittingly dedicated to making the masses dumber. “In radio there was never a term equivalent to boob tube or couch potato,” explained the late Norman Corwin, the radio legend whose first broadcasts came on WBZ. “The eye is so literal, whereas the ear makes a participant of the listener. The listener becomes the set designer, the wardrobe mistress, the casting director.” Radio, particularly AM radio, isn’t a passive medium. On its wavelength, nighttime is the right time. When the lights go out, the light bulbs above our heads go on. That’s why the decision by broadcasters to pull the plug on overnights hurts most. Radio’s picture comes into sharpest focus when listeners close their eyes. There, relaxed in the dark, imagination goes into overdrive. AM at its best, whether Rush Limbaugh making a polemical point or Orson Welles making an artistic one, stimulates rather than anesthetizes thought.

With hosts, expert guests, and callers waiting their turn on the line, talk radio truly constitutes “social media” in ways that many of the anti-social pastimes perversely claiming that label do not. “You can be anywhere in your home basically using your phone to broadcast to America,” Dan Rea explains. “No one’s doing that on TV.” But talk radio increasingly lacks an element that makes the mislabeled social media of Twitter and Tumblr so alluring: a diversity of voices. Our antennae don’t receive the human element. If you listen closely enough to the chorus of George Noorys across the dial you can hear the subliminal message: fewer voices to pay equals more dollars to keep. It’s pennywise and pound foolish, and it’s what’s killing radio.

Loving radio, like loving a strung-out old friend,  means hating it in its present condition.

THE MAGIC box that unleashes the imagination remains on a leash held by suits devoid of imagination. One can hardly fault Talkers’ Michael Harrison for exculpating the industry that he’s paid to promote for its own demise. But even radio’s boosters can’t help but show pessimism. “AM is facing an existential problem,” Harrison concedes. “It is fighting for its life.”

When radio began, other media viewed wireless mass communication as the challenge. “A man who, while living in the present age, reverts to the ways of antiquity, is one who will bring calamity on himself,” a 1921 print advertisement for the state-of-the-art device quotes Confucius as saying. Perhaps the editor didn’t grasp the subtlety when he accepted the advert. But quite a few understood the threat that electromagnetic waves posed to the printing press. Some newspapers reacted by refusing to print daily programming listings. Others took a more fruitful if-you-can’t-beat-them-be-them approach. By 1937, newspapers owned a quarter of America’s radio stations. A vestige of print’s successful gambit to adapt and overcome exists in current call letters—WGN (World’s Greatest Newspaper), WTAG (Worcester Telegram & Gazette), KRNT (Des Moines Register and Tribune). Newspapers did something then that radio isn’t doing particularly well now: They exploited new media to strengthen the old.

The 1921 technology tycoon using a 2,500-year-old Chinese philosopher to hawk the latest gizmo appeared not unlike the fledglings behind Facebook and Tumblr. Born in 1895, Alfred Grebe received a radio kit at age 9, a broadcaster’s license at 15, and printed his first sales catalog at 19. A few years after he returned from the Great War, the twentysomething demolished his home to build a factory. If he’s known for anything today, and he’s not, it’s founding WCBS, a stop on the AM dial that stubbornly continues as a top-rated station in America’s largest media market. The boy wonder’s advertisement concluded: “What terrible fate must be in store for him who, knowing the worth of the CR-8, persists in using ancient apparatus—which Confucius would have cast into the muddy depths of the Yang-Tse-Kiang.”

Radio relied on a keeping-up-with-the-Joneses marketing to turn on listeners to its sets. It now uses that rationale to explain why listeners turn off. But Grebe didn’t sell sets because of his gadget’s amazing technological prowess. The field remained a haunt of hobbyists until commercial broadcasters began airing interesting content. The year after Grebe’s ad appeared, manufacturers like him sold 75,000 sets in America. After commercial broadcasters offered Americans something worth listening to, sales increased to 35 million by 1928. The likes of Amos & Andy, not the superheterodyne, moved radios.

FOR NEARLY a half century, Bill Heywood’s humor and welcoming voice moved Phoenicians near their radios. KOY, where he plied his trade for more than a decade, now airs loops of music programmed from afar. Under a heading “AM 1230 KOY Personalities,” the Clear Channel website list displays blank white.

Before a bullet passed through the veteran Phoenix talker’s brain, thoughts about his bad luck assuredly did. His nonexistent radio career, sick wife, and troubled finances may have brought him to that Scottsdale hotel room. They didn’t pull the trigger. Bill Heywood did. Blaming the victim is generally bad form. But when the victim doubles as the perpetrator, it’s important to admit this hard truth before nothing can be done.

AM RADIO, SIGNING OFF