New Orleans Radio - Thru The Years 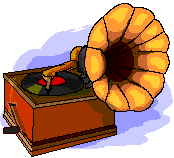 They love their oldies with good reason. Their city was a major part of the

Radio stations that were used to playing Nelson Riddle and Frank Sinatra were turned off to this new rock & roll, and "colored" music was unthinkable. That new fellow who was singing rock & roll but sounding like a colored man, Elvis Presley, was out of the question on their airwaves.

In the '50's when vanilla radio stations around the country were playing dreary and sanitized music like "Tutti Frutti" by Pat Boone (!),WTIX in New Orleans was playing it by Little Richard (it was recorded here at Cosimo's Studio, as were the early hits of Ray Charles, Sam Cooke, Charles Brown, etc).

While totally segregated musical groups were being force-fed to listeners on the radio, our legendary New Orleans superstar Frankie Ford was singing "Sea Cruise," backed by R&B great Huey "Piano" Smith and giving birth to a milestone song in rock 'n roll.

New Orleans has always been a city of racial diversity, which gives New Orleans its unique personality and soul. We've always loved and enjoyed not only our "white" music, but we've always also enthusiastically loved and enjoyed our music of black origin. After all, it was here where Jazz was born (Jelly Roll Morton, Buddy Bolden, etc.) and gave us such noted black musicians as Louis Armstrong. Many of our New Orleans big-band era singers (Louis Prima, etc.) even adopted the fun style and "scat singing" of the black musicians.

In the early 1950's when rhythm 'n blues was beginning to merge with the budding rock & roll, radio stations in most cities tried to surpress the merge and continued to program only white artists. The record industry complied by having white singers do (mostly awful) cover recordings of black hits.

How awful were these white group covers of black hits? Think of Pat Boone on the Ed Sullivan show ...scrubbed squeaky clean, a really short haircut, and dressed in a suit and skinny tie while singing "Tutti Frutti" straight and snapping his fingers. The world was begging for deliverance from this embarrassing pap that tried to pass for pop music.

Down South, the winds of change were blowing...

In the early '50's, 1450-AM was occupied by WTPS. It was owned by the New Orleans Times Picayune-States newspapers ("TP" for Times Picayune, the morning newspaper, and "S" for the New Orleans States, the afternoon newspaper, both owned by the same company). WTPS moved to 940-AM, and 1450 was taken over by newcomer WTIX, playing classical music (!) but who switched to Top 40 in 1956.

WNOE was the monster Top 40 at the time; WWEZ (690, with legendary DJ Jack The Cat) and WJBW (1230) were also doing Top 40 along with WTIX. WTIX's 1450 signal obviously could not compete with WNOE's 50 kw, so TIX bought WWEZ's more desirable 690-AM frequency in 1958. Then it became more of an evenly matched rivalry. The rest is history.

In the Storz ranks it was the true visionary Tod Storz who saw the excitement and viability of this new music called rock & roll, and merging black music with white, especially in New Orleans. He saw to it that WTIX, in the mid '50's, was the first radio station in America to play the black versions of the hits, along with all the national hits by Buddy Holly, Elvis, Jerry Lee Lewis, etc. It was no big thing here to mix the music in a city that grew up with black music everywhere.

When WTIX before long became one of the most popular and influential radio stations in the country, other stations took notice. By the beginning of the '60's, radio stations everywhere had followed in the footsteps of WTIX.

We are fondly remembered for our "chime time"...we rang a chime whenever we gave the time on the air...and the TIX Tenna Toppers, which were orange styrofoam balls people stuck on their car radio antennas (remember car radio antennas?) and hoped to be spotted driving around town and get prizes.

There were only a handful of stations using the 690 frequency and did we ever get some calls on the request line from listeners all over the country on those winter nights when the skip was long. I remember working on Sunday nights on WTIX and hearing in my headphones the heterodyne from the station on 690 in Havana under our signal! Being a long-time ham radio operator and "SWL," that warmed my heart to hear DX coming in under me!

WTIX was a national powerhouse all the way during the AM era of the '50's, '60's, and '70's, finally losing its punch around 1980 when FM took hold. But the legend was already etched in stone.

**** (SPECIAL THANKS to Mr. J. Alex Bowab, retired LITE Rock FM station owner magnate in Mobile, AL, for the WTIX frequency history. He used to listen to the New Orleans AM stations "via the salt path" as a kid and was fascinated with them.)