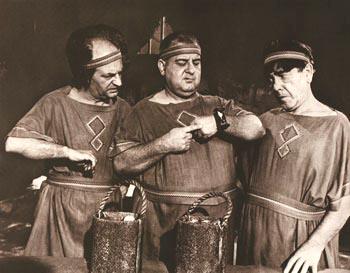 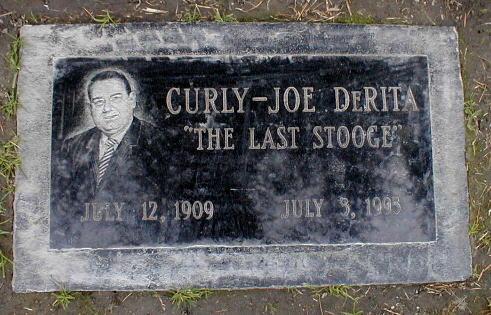 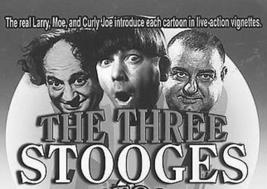 "The 3 Stooges were scheduled to appear at the Shrine Circus in Municipal Auditorium at Thanksgiving in 1963.  But by the time that the date of their appearance arrived, everything was overshadowed by the assassination of President Kennedy.  Unfortunately no advertising was done since the country was in mourning, so most people were not even aware of their last appearance here.

However, earlier in 1963, around March, they were to appear on the WDSU-TV "Midday" show to promote a new movie, their upcoming appearance at the Shrine Circus, and to promote a book that Moe was writing at the time called "We Stooge To Conquer," which never was completed to my knowledge.

Being a young autograph hound of 16, I staked out in the Channel 6 courtyard on Royal Street and met the Stooges as they emerged from a taxi.

There they were...Moe, Larry and Curly Joe DiRita all to myself for a moment.  They were most courteous as I introduced myself and they all shook my hand.

My first impression was how short they all were...regular Munchkins, as all three were about 5 - 1/2 feet tall.

They graciously signed my autograph book, then I asked them if I could take their picture. Moe immediately snapped into a hammy pose...shoulders back, head high and a big smile. Curly Joe posed similarly. Larry just mustered up a weak smile.

I flashed my Kodak camera, and as I thanked them Larry grumbled how "that damned thing almost blinded me!"

Unbeknownst to Larry, I snapped a second picture as he walked away, still grumbling.

My photographs above show the Stooges as older men in 1963 on their second-to-last visit ever to New Orleans....an unforgettable day in my life." 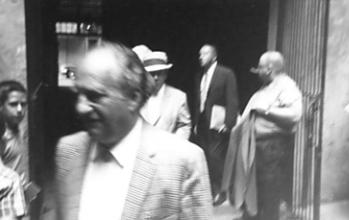 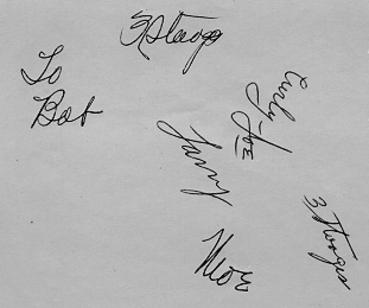 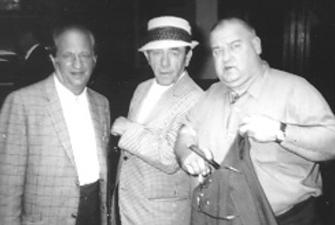 I met the Three Stooges and took these pictures in the WDSU-TV courtyard at 624 Royal St. when they came to New Orleans to appear on the WDSU-TV show "Midday" in 1963, and I was a 16-year-old autograph hound.

Curly Joe sat down in a row of hooked-together aluminum chairs in the studio, and when it came time for him to get up, he was so "wide" that the entire row of chairs rose with him!

See their autographs and read the full story of this visit to New Orleans by the Three Stooges and why Larry looks so grumpy in the second picture above.