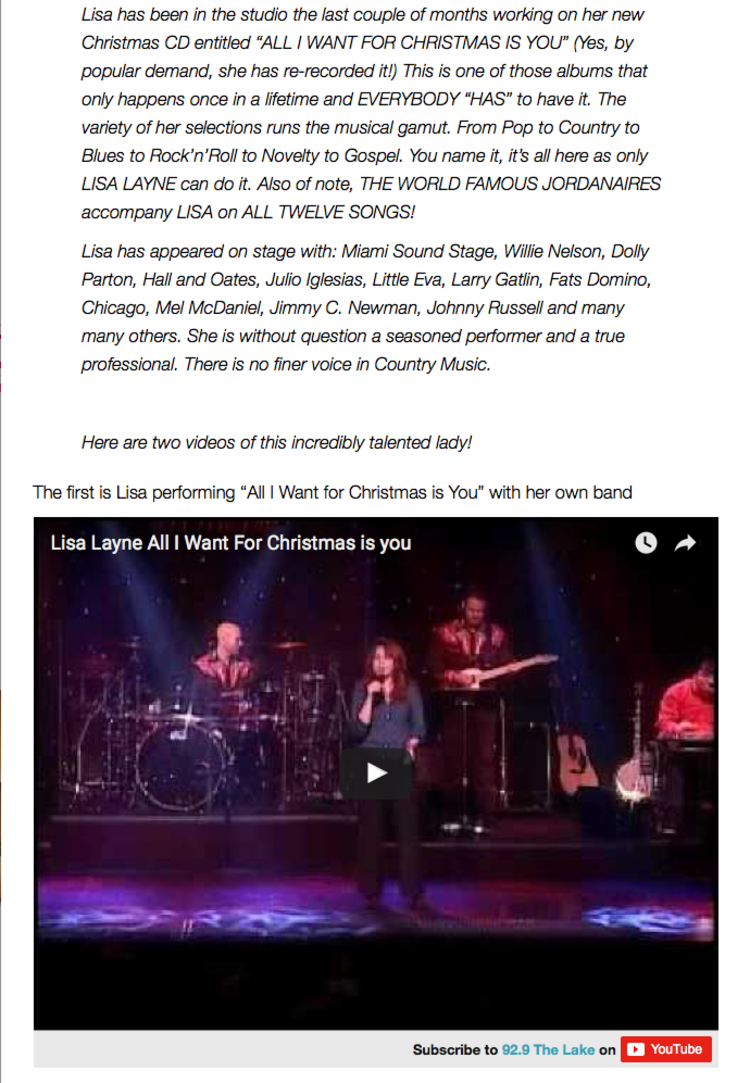 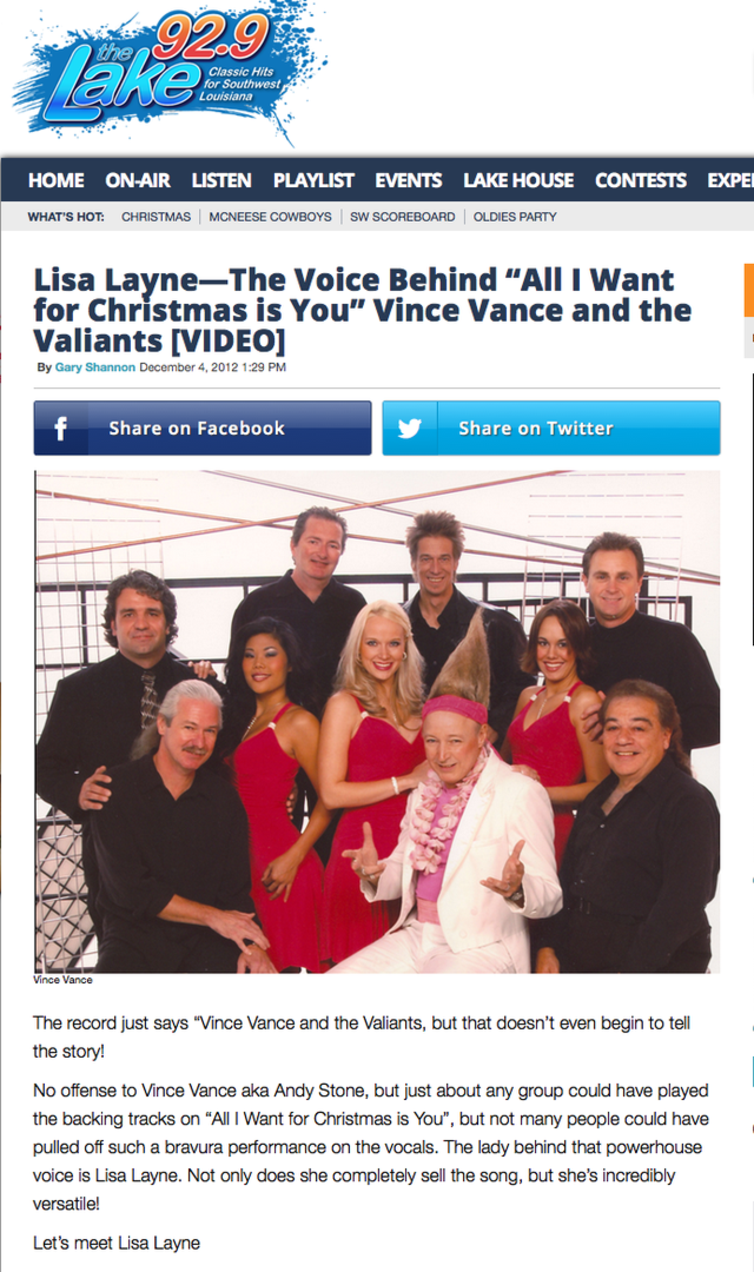 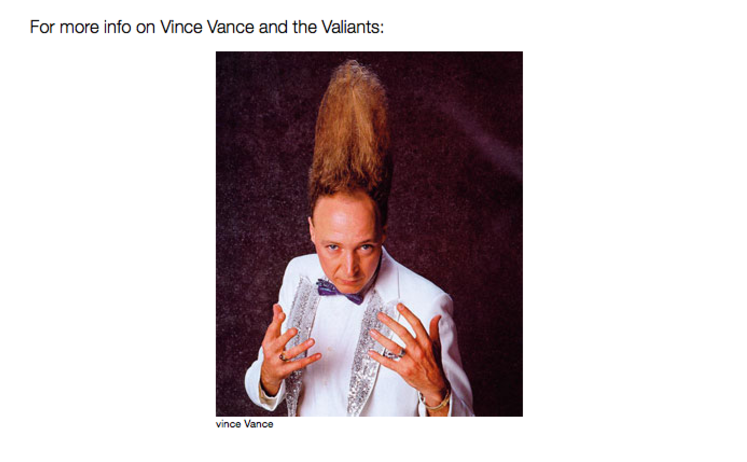 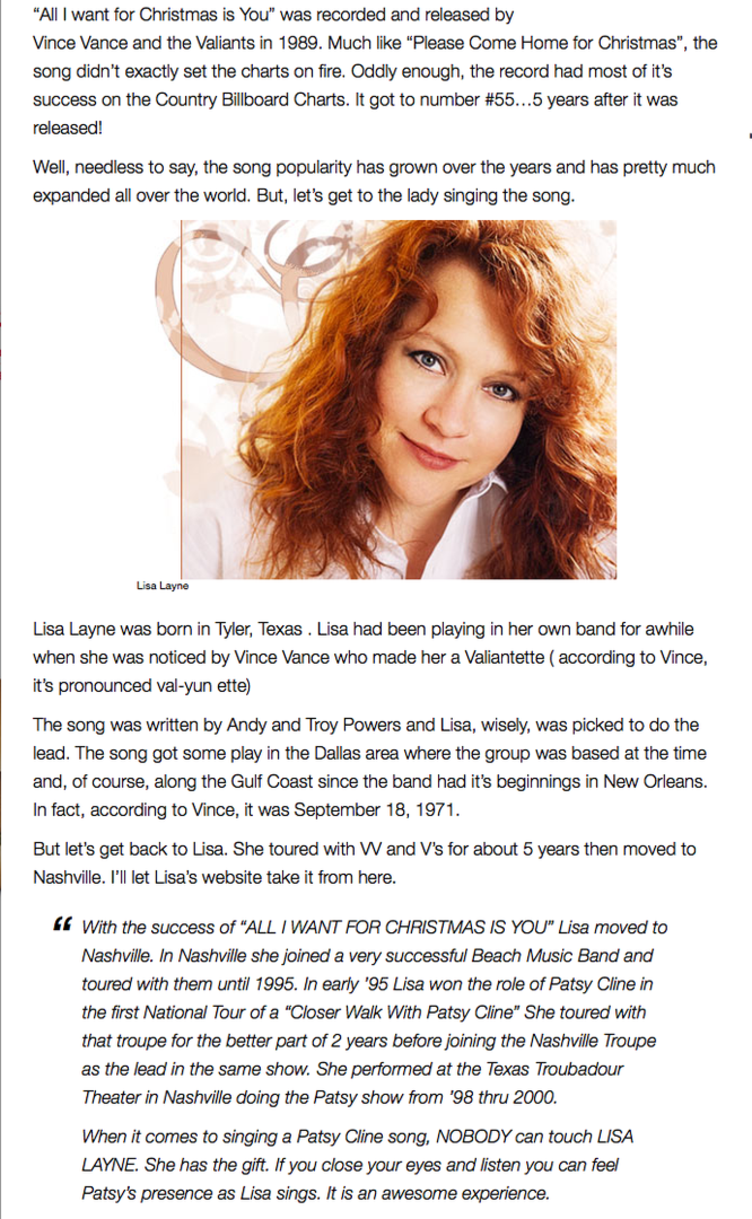 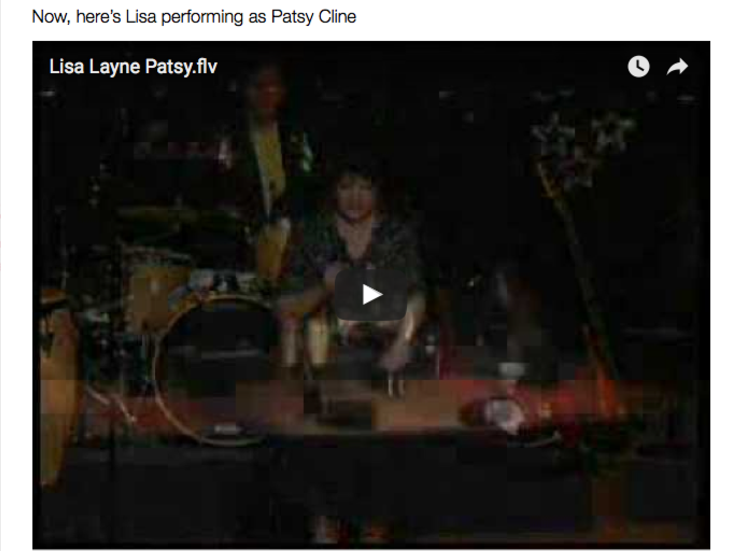 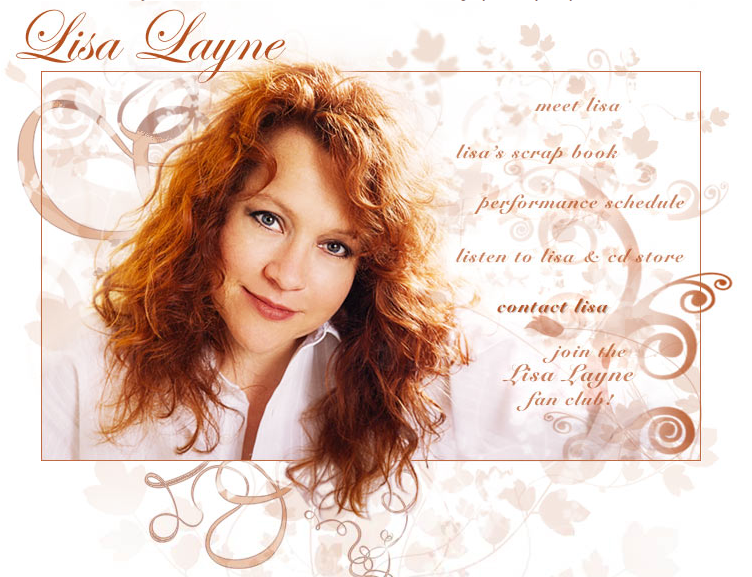 Her name is LISA LAYNE.

She was a member of Vince Vance & The Valiants when the song was recorded.

The song was recorded in September 1989 in Nashville. I was the first air personality and PD in the country to play the song at KISX in Tyler, TX. I first aired the song in August of that year (early, I KNOW!) when I played the demo version. I had told Andy (Vince Vance) that it was such a great song that if he'd get me a copy I'd play it. So I played the demo until the REAL recording was done. Vince and Lisa can both verify this - Lisa is my wife! And no, she didn't marry me because I played her song. At least, I don't THINK she did..... Anyway, thanks for playing it - we both still get a kick out of hearing it every year.

Click below on the picture to go to Lisa's personal site for more info & pictures of her.

"All I Want For Christmas Is You"