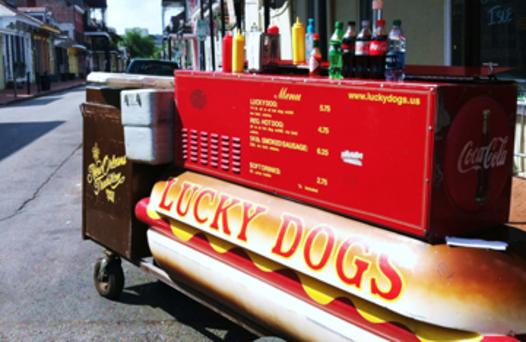 Fun email we've received through the years with memories about

JACK SCOTT, Los Angeles, CA:
Bob... My name is Jack Salvatore. I am an anchor/reporter with KNX Radio, here in Los Angeles...have been for 20 years. I happened upon your NO website accidentally, looking for someone, and took a long look. Some old familiar names popped up, but some were missing. Don't know if you can add them, but here goes. I actually worked (under the name Jack Scott) at WWL (under Fred Hammond), WGSO, and WWIW, when it was still in the Superdome. Among my colleagues at WGSO was Ed Clancy, whom you mentioned....but amongst the missing names are F. Michael Franklin, Mike Summers (Cunningham), Len King, Guy King, Walt Pierce, Kim Peterson, and Mike Longman, among others. Please, include us in! There are several of the guys I'd like to get in touch with. I do still correspond with Bob Ruby.... (might be able to scrape up some audio for you...) as well as with Franklin, Summers, and King. Am also in contact with Walter Williams, whose "Mr. Bill" character started on WQUE-FM, and went on to national prominence. Take care.

BOB:
Hi Jack! Certainly I remember newsman Jack Scott on WWL Radio a few years ago. You certainly associated with some heavyweights and all around good radio people.

JOE MATIKA, Summit Hill, PA:
Hi Bob. My memories take me back to the early fifties when I was stationed at Keesler air Force Base up there in Biloxi, Mississippi. Every morning the barracks would wake up to a tune that was played by one of the New Orleans Radio Stations. I would like to know the artist of the tune that this particular station featured. The tune is "Beyond the Blue Horizon". I know there are many variations, but this particular one was my favorite. I sure would appreciate it if you can get the name of the artist for me. Thank you and take care.

BOB:
Hi Joe, I drew a blank here. I asked a few of the remaining radio "old timers" around here and not a soul remembered it. Sorry I can't help you with this. But your inquiry is here and if I get an answer I'll let you know.

ROGER SCOW, JR.:
Used to get WWL loud and clear in Lincoln, Nebraska when I was in school (early 50s)... Moonglow with Martin, Chamber Music Society of Lower Basin Street, etc. Later, early 60s, got it in Reno Nevada by stringing a single wire am antenna across the wall.. so my new bride could hear the LSU games. Cheers!

BOB:
What a nice memory...the wonderous allure of listening to far away radio stations at night with a longwire antenna and hearing the unique programs each station offered. Now all you hear is the same boring talk shows. But there's still the LSU broadcasts. Go Tigers!!

JOHN HAGLER, Topeka, KS:
As a kid (DOB 1943) growing up in the 40's and 50's and coming of age in the early 60's in a small Midwestern city (Springfield, MO which, on good weather nights brought in WWL very clear) who was a jazz fan, other than recordings, I found very little jazz to listen to. Then a buddy made me aware of Moonglow with Martin. I tried to convince my folks I used it to go to sleep by which, of course, was a lie. I never thought of sleep until the final minute of the broadcast. What a wonderful thing for a kid to have growing up.

BOB:
Late night DX'ing on the AM band is one of my most cherished memories of growing up. Glad you enjoyed that feeling too!

BILL BRISTER, Houston, TX:
Hello: I lived in New Orleans from June, 1973 - December, 1981. I worked at WGNO-TV, Channel 26, and was their Chief Engineer from 1975-1981. While at WGNO-TV I worked with Hal Jeansonne and became friends with him among many other people associated with New Orleans Broadcasting and Theater. He even talked me into volunteering as a sound/audio operator for Le Petit Theater for the year of 1975. I heard recently that Hal had passed on. I was just curious if you could fill me in as to what happened to Hal. Maybe things like when he passed and why. Thanks for any information you might be able to provide.

BOB:
I didn't know Hal but I'm sure one of our visitors will know about him...I'll post it when I find out.

PAUL WATSON, New Orleans:
Hey, Bob, I've admired your work for years, including your long-ago Monday-night subbing for Larry Reagan on WSMB and your "Night Walker" program, with "Midnight in Moscow" as your theme. (Bet you thought everybody had forgotten that, huh?) Or when you used to compare and contrast 2 songs back to back, for fun. Didn't you once play "Our Day Will Come," by Ruby & the Romantics, back to back with a then-new song by Spanky and Our Gang, pointing out the similarities?

Like you, I'm an old-time New Orleanian. Grew up in the French Quarter, on Bourbon Street ('struth!), and was graduated from Warren Easton in '71. My interest in radio goes way back -- the first station I can remember listening to was WTIX -- and I always wanted to work in the field. From '76 to '78 I served my grueling apprenticeships at KXKW in Lafayette, and then KVPI (which I privately called "Vampire Radio" -- ugh! But they had quite the oldies library) in Ville Platte.

Remember when WSHO -- still country in those days -- was located on Canal Street, only blocks from Warren Easton? I used to say to myself, "Gosh, that would make a great part-time job. Maybe I'll work there one day." Well, eventually, I did. From '88 to '97, I worked on-air and wrote and recorded spots for WSHO, which is now a Christian station. Eventually I moved on. I've thought about getting back into the field, but you're right: Radio has become so homogenized and so bottom-line-frozen that it's no fun any more.

Keep up the good work, and have fun while you're doing it.

BOB:
Hi Paul...what a great memory you have! Working on WSMB was a special time in my career...even though it was weekends and fill-in, it was my first time at a startion surrounded by heavy-hitters. I enjoyed my 10-month stay there tremendously. It's hard to believe that Keith Rush and I are the only two of the long-timers left alive. And yes, I'm surprised to see someone else remembers the Night Walker show overnights during the week when I filled in for Larry. 'SMB liked me (close family connections with GM John Vath) but thought I was too "up" and too "rock" so he made a connection on my behalf with WTIX GM Fred Berthelson in October 1967...and the rest is history!

Stay out the field and enjoy your memories of the way radio used to be when it was good and fun...because today it's overwhelmingly a corporate snake pit, both on the air and internally. Save yourself the grief of dealing with these morons!

GEORGE VINNETT, Tulsa, OK:
Hi Bob, I remember listening to your "clean-cut Pop radio delivery". I thought at one time I would have become a TIX jock. We had fun listening to each other and together we brought New Orleans together with Pop and R&B chart toppers like Groove Me by King Floyd. I also remember getting you guys to play The Average White Band. Me a black dude programming an R&B station causing you guys to play this jam. Bob Walker on W T I X so many great memories. I hope you are doing fine. I am a book publisher of some 100 authors. Vincom Publishing Company. Imagine, from sight, sound to print. I now live in Tulsa, Oklahoma. I am finally writing my book, The Road Less Traveled, (From Get Down to Get up!) Let me know what you think and you might wind-up in the book as my mentor.

BOB:
Where ya'at, Brother George? Man, back in the early days of the 70's you were not only a great friend but a terrific cross-town radio programmer who introduced us to so many great R&B songs that we added to our playlist on your wise recommendations, to help make WTIX what it was. You'll always be one of the TIX family, because in radio back then all stations were "family" and all the jocks were as well. Your presence in that time and your contributions to New Orleans radio will always be a vital part of New Orleans radio history! Get Down with your publishing now...it's in the hands of a true pro!